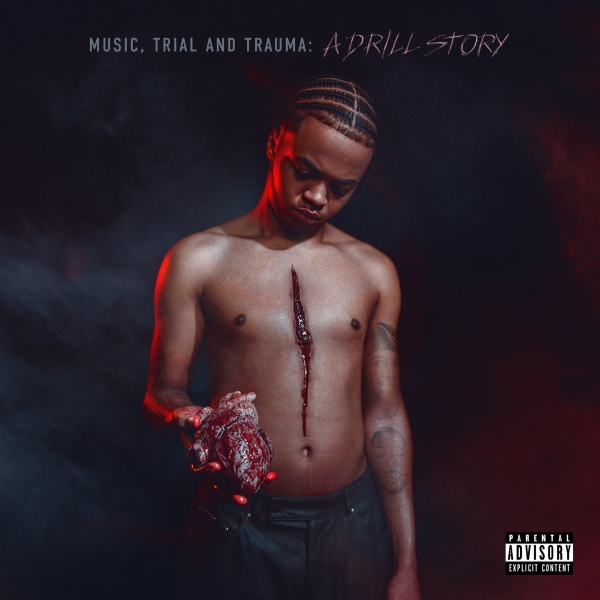 The last eighteen months have been particularly turbulent for Kennington rapper Loski. Finding himself locked up mere weeks after the release of his sophomore mixtape and tragically losing a close friend in fellow rapper Bis just months later - against all odds, the 21-year-old star has returned stronger than ever.

With his debut album, Music, Trial & Trauma: A Drill Story, comes an ambitious musical mission statement which aims to dismantle negative preconceptions surrounding the burgeoning UK drill scene. While this may be an admirable goal, the album’s title is a misnomer of sorts – a sizable portion of the LP falls into the UK rap category, with Loski even dabbling in afro-bashment on songs like “2AM” and the Davido-featuring “Naija”. To his credit, it works: the jaunty rap joints, produced by heavyweights like Steel Banglez and Eminem collaborator Mike Elizondo, are a welcome departure from the sliding sub-bass which doggedly dominates the lion’s share of the project, serving as an unspoken concession that even during a landmark year for drill, an entire album of gloomy productions may still be some way off from having mass appeal.

Split into three sections – said to represent the young rapper’s past, present and future – the album explores three distinct sounds: brooding, conventional drill; upbeat, commercial rap; and thought-provoking hybrid innovations. Complete with contributions from a star-studded cohort of guests including Stormzy, Aitch and Popcaan, the LP serves as Loski’s most accessible project to date, but he takes care to spotlight his less well-known Harlem Spartans colleagues Blanco and MizOrMac on the project’s first two singles all the same, and even harks back to his Shottas-inspired breakthrough single on the menacing “Teddy Bruckshot 2”.

The South London lyricist is at his best on the album’s more imaginative productions, taunting his adversaries on the razor-sharp “Captain Hook” and exchanging light-hearted bars with Aitch over spirited steel pans on the swaggering “Cute”. We get a welcome insight into ‘Ski’s more vulnerable side on the album’s more conscious offerings, including the Streets-sampling triumph “Blinded”, in which he reflects on the risks of his lifestyle; the Naughty Boy-produced “Black”, a timely repurposing of Bashy’s “Black Boys” highlighting pervasive issues of racial inequality; and the Emeli Sandé-assisted closer “Life So Deep”, wherein he paints a painfully vivid picture of youth crime and pessimistically ponders: “When will it end? I don’t think it ever will.”

On the album’s cover, we see Loski has quite literally put his heart into this album. That’s more than evident from the first listen.