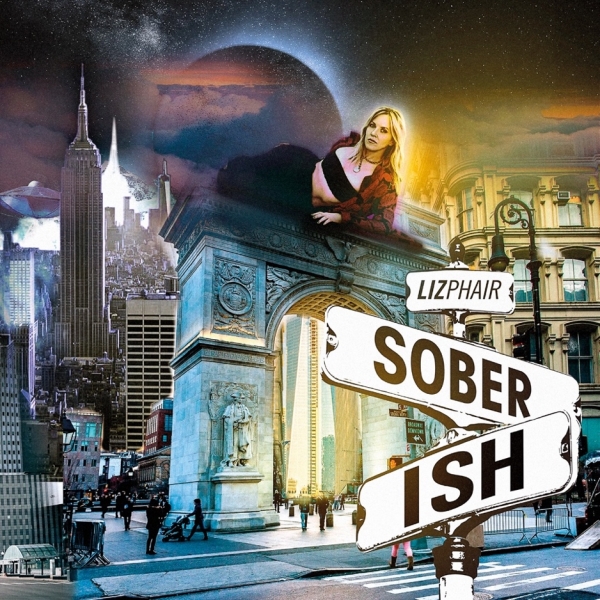 Over the last three decades, Liz Phair has made herself a household name. Thanks to top selling hits “Why Can’t I?”, “Fuck And Run”, “Extraordinary” and “Supernova”, she has rightfully made her mark in the pop and singer-songwriter world.

With her records Exile In Guyville, Whip-Smart, Whitechocolatespaceegg and 2003's self-titiled record all garnering critical praise - as well as a Grammy win for the Chicagoan with indie-rock chops - she's now returning after eleven years with her seventh studio release.

A cohesive record, on Soberish Phair sounds polished, clean and equipped with a new arsenal of songs about breakups, addiction and small glimpses into her inner workings. The biggest cuts, “Spanish Doors”, “Soberish” and “Dosage”, tune into focus the playfulness while being grounded; a second (or third, or fourth or fifth in Phair’s case) coming-of-age record of sorts. Where some songs fall flat like with “Bad Kitty” and “Sheridan Road”, ultimately Soberish showcases moving forward from her past records, to the big new chapters in her life such as being a mother, slowing down, and going back to what drove Phair to do music in the first place.

After revisiting her early recordings, like Girly-Sound and Exile In Guyville, Phair became energized to start writing back in 2019. Similarly to her memoir release, Horror Stories published the same year, Phair has put her soul into the lyrics of Soberish. Words from the namesake track, “I tried to be sober / but the bar is so inviting” ring true to the struggles of sobriety in addition to unrequited love. The iconic indie guitar and velvety harmonies Phair is known for are strung throughout Soberish. A bit weak at times, but indeed a sobering comeback to music

Bits of poetry as found in “Spanish Doors” bring a heaviness to the upbeat numbers: “what about the kids? / what about the house? / what about our friends? / what do I do now?” followed by cooing layered vocals and Phair-like chord progressions. If this is a comeback for Phair, it’s a slow start, but it’s something to enjoy when you decide to slow down yourself.