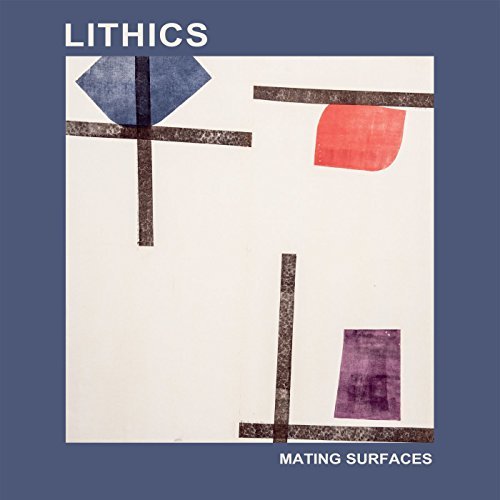 Portland, Oregon-based Lithics don’t believe in doing things by halves – more like quarters. Each bitesized, miniscule track on their second record is loaded with acres of sound – from sharp, later-period Captain Beefheart guitars to awkward Gang Of Four rhythms and detached, cooler-than-thou vocals.

It’s experimental, aggressively tuneless post-punk with more than a hint of ironic detachment – it’s almost as though you’re being dared to enjoy yourself: think The Raincoats in a bad mood, or the more challenging work of Cate Le Bon and Tim Presley. Which is to say that when it’s good, it’s fantastic.

Take the chugging, atonal blast of “When Will I Die”, where guitars fill your ears with various jagged edges that scrape against a fierce bass roar. The drums – as on The Raincoats' Odyshape – could have been added at any point in the process and only add to the sense of disorientation. Hell, maybe the drummer has never even heard the track.

At just over five minutes, “Boyce” is the most ridiculously uncompromising track on this set. It’s a stretched-out, prolonged assault that seems to enjoy the horror it’s putting you through. Lithics really are sadists. This should not be listened to when feeling anxious or paranoid – it’ll only compound your agony.

Closer “Dancing Guy” is the fastest, most propulsive number here. It gallops out of the gate with ferocious bass and metronomically steady drums – imagine The Fall covering a Neu! record from memory, without being able to hear one another. Even some of the more ‘listenable’ material is wilfully tuneless: despite being only two minutes long, “Cheryl” is essentially one long droning guitar line over a beat.

It’s unusual for a band to be this scabrous, this misanthropic on their first wide release, but Lithics clearly know what they’re aiming for and deliver it with an evil glee. They aren’t the first of their kind to punish the wandering listener for daring to listen to them, but they are certainly making a case for being one of the most accomplished in recent memory. The record is painful, at points. That, one would assume, is a success.

If you’ve ever found yourself going back for more than one listen of Doc at the Radar Station, Entertainment! or anything by Delta 5 or Wire, this is essential listening. If you’d rather your post-punk came with synths and melodies, maybe give it a miss.

This is difficult, obstinate music that grows in potency with every listen – it should just come with some kind of health warning.