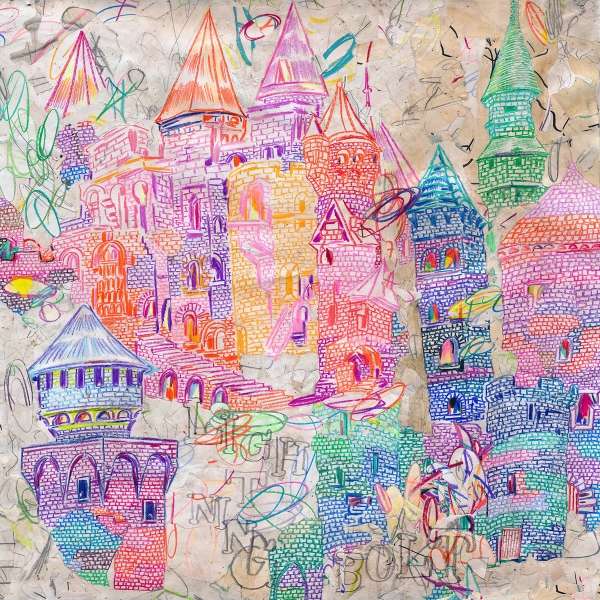 To this day, Lightning Bolt are the loudest band I’ve ever seen live.

Now this places them comparatively alongside other groups such as Mogwai, Slowdive, and Explosions In The Sky who’re also known for their monumental sound, but while the aforementioned remain iconic in their own right, something remains uniquely special when it comes to this noise duo. Their seventh LP, Sonic Citadel, comes after 2015’s excellent Fantasy Empire – an album that doesn’t venture far off from what we’d expect them to produce. Its eleven songs are incredibly hostile, disorienting, and surprising – absolutely everything we’ve come to love about the group in their 25 years.

That day in Cleveland at Beachland Ballroom will forever remain a pinnacle. From simply discovering new music, it became a much clearer that realization that there was so much more happening beyond mainstream talent and various indie circles. Lightning Bolt was and is a scene and genre all its own. It wasn’t necessarily calculated, it was rough around the edges, unconventional, and completely exhilarating. Adjacent to the main stage, Brian Gibson and Brian Chippendale set up their mish-mash rig of towering amps, pedals, and a one-of-a-kind shit kit. Chippendale tied his homemade mask made of various materials around his face, speaking to us through a telephone mic that he’d sewn into its mouthpiece. A lot of that night was a blur. I remained positioned to Chippendale’s left throughout the night, holding onto his bass drum for balance. I remember looking back at my brother who I’d been separated from and when our eyes locked, it was understood with just a look that we were experiencing something pretty phenomenal. It concluded with drum stick fragments and more notably Chippendale completely soaked in his own sweat. It wasn’t until almost a week after until my hearing fully returned.

But even while it’s impossible to translate a live Lightning Bolt set onto an LP, Sonic Citadel does a remarkable job taking us as close as possible. Tracks like “Big Banger” rattle your entire head with its buzzing pedal effects while Chippendale howls over his spastic drum work. The flawless “Bouncy House” is quintessential Lightning Bolt – as ferocious as ever, you become exhausted due to its unrelenting pace. But while Sonic Citadel includes the frantic, we see what it means for the duo slowing their model down as well. This is represented in songs like “Don Henley In the Park” – a track that vaguely calls to mind how bands like No Age slipped in ambient works in between their pop-punk bustle – Lightning Bolt achieve a variation of this here with Gibson’s leisurely guitar picking while Chippendale’s vocals are buried in reverb.

But this is part of the treat with a band like Lightning Bolt – they’re masters of improvisational technique and as they make the conscious effort to rework their template, they execute the outcome rather favorably. “Halloween 3”, even in its hysteria, begins slowly before essentially breaking back and forth between loud bursts and calm swells as Chippendale’s vocals are surprisingly as clear as they’ve ever been. “All Insane” works this way as well as the LP’s most plain sailing track. Yet, as Lightning Bolt venture outside the box, they continue to grip to their roots – the frenzied closer, “Van Halen 2049” is based out of pure delirium, forcing us as listeners to question whether or not it’s more than two people making all this noise. But even in all its mania, Sonic Citadel shows Lightning Bolt where we’d expect them to be this far along – an unprecedented act who continue to pummel our expectations of what music is capable of.