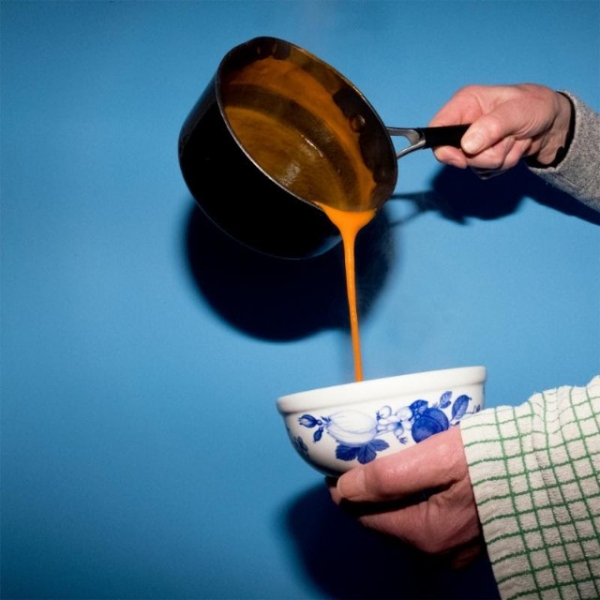 ​​With their 2017 debut album Popular Music, Hull four-piece LIFE did what many of the current legion of burgeoning punk bands in the UK have struggled to do. They tapped into their audience and seemed to make a difference in people’s lives.

It wasn’t just their music that has made a difference, however. With members of the band involved in various outreach programs in their native Hull, including a not-for-profit community record label, the band’s ethos and politics run much deeper than that of their contemporaries, goes further than their music even, because it has a genuine impact on their local community.

It’s for that reason then, that it comes as something as a surprise (though is perhaps understandable) that their second album, A Picture of Good Health, finds the band taking a more introspective approach to their lyrics.

…Good Health is about “mental health and inner turmoil. I think all of us had a breakdown at some point while making it.” explained front-man Mez. Even from the titular opening track, it’s clear that the anger, the aggression, and even at times the disorientation, that goes hand in hand with a breakdown are all present across the course of the record’s 13 tracks.

Far from feeling restricted by such emotions, …Good Health feels liberated by them. Managing to convey both introspection, and a trademark call-to-arms sense of solidarity, it’s a punk record that wears its feelings proudly on its sleeve.

It’s not just a punk record either, however. In the two years that have passed between albums, LIFE have tweaked the recipe that made their debut so moreish, infusing it with elements from various other genres, putting their own stamp on a genre that was very much theirs for the taking anyway.

"Excites Me" for instance, is imbued with an almost dystopian psych flavour; a motorik bottom line channels krautrock effortlessly, while an organ brings to mind the more traditional psych of the ‘60s. Elsewhere, "Thoughts" bristles with a post-punk intensity and brings to mind the likes of IDLES or Fontaines D.C.

It’s not just this slight shift in aesthetic, which sets A Picture of Good Health apart from its contemporaries, however. It’s LIFE’s trademark openness and honesty, this time turned inward, which makes it such a stand-out record.

"Half Pint Fatherhood" for example, harbours the same off-kilter energy as their debut. Replete with gang-chant vocals, it’s an honest approach to a personal and not-often covered subject, as frontman Mez muses on his feelings at becoming a single parent while the "Bum Hour"’s sense of self-deprecation wrestles with the mixed feelings of moving from a family home in to one’s first flat.

As such, A Picture of Good Health feels more like a coming-of-age drama than the notorious second record it actually is. Far from harbouring the melodrama synonymous with such a phrase however, it’s steeped in the very real, very relatable issues facing today’s twenty somethings. And while many us might have been weaned on the likes of The Breakfast Club or American Beauty, coming of age in Brexit Britain is a far cry from anything John Hughes ever envisioned.

This is something that LIFE understand inherently. But where their first album addressed the wider implications of the current political climate, A Picture of Good Health addresses issues more personal. And though predicated on personal experience, it’s a record that looks inwardly while projecting outwards, all the while letting listeners know that however on your own you might feel, someone somewhere has been through the same, and that you’re not alone, no matter how much it might seem like it.