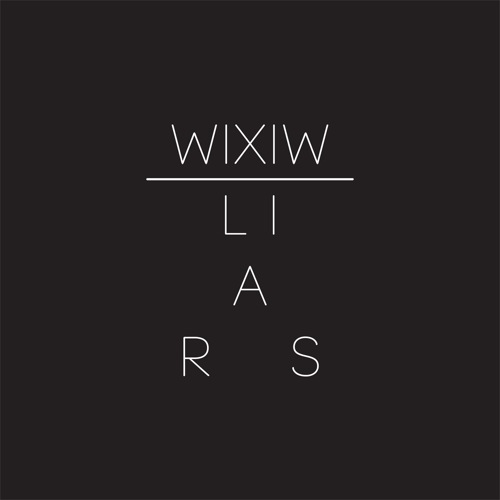 Necessity is the mother of invention. Who’s the mother of re-invention? I only ask as it would be good to find out for Liars. In case they want to get a card or some chocolates. With WIXIW, their follow-up to 2010′s Sisterworld, Liars have once again done something different.

If Sisterworld was a crashing, heavy, homicidal record, full of distortion and twisted shapes, WIXIW is more delicate. More fragile. Both have an undercurrent of fear, but Sisterworld dealt with it by SHOUTING REALLY LOUDLY in the hope that would fool people.

But, for consistency, it is as brilliant as anything they’ve ever done. The opening ‘Exact Colour Of Doubt’ hits you with waves of synthesised sighs. It’s vaguely ambient and relaxing, in a sinister kind of way. It also feels like an introduction to the album. The toe in the water before they attempt to drown you in the bath.

Because ‘Octagon’ causes proceedings to darken. Skittering beats skid from side to side and Angus Andrew’s sepulchral howl softly cries out at the moon.

But while there is a feeling of isolation and loneliness in these tracks, it isn’t a beard-sporting, manifesto-writing, cache-of-weapons-keeping, isolation. There’s a warmth at the heart of WIXIW.

There are songs on WIXIW which stop you in your tracks. ‘Ill Valley Prodigies’ is the most ominous thing on here: sampled murders of crows, disembodied voices, a simple acoustic guitar and Andrew sounding not a trillion miles away from Thom Yorke. It’s chill-your-bones stuff. But ‘WIXIW’ isn’t far behind. A complex-sounding series of synth lines, wheezing like a church organ from the 24th Century that wrap around and seem to eventually suffocate the increasingly desperate vocal.

Really, it’s just fantastic. Blinding. A blinding record from a band who surprise so often it’s pretty much unsurprising. Gaze upon it in a state of slack-jawed awe.