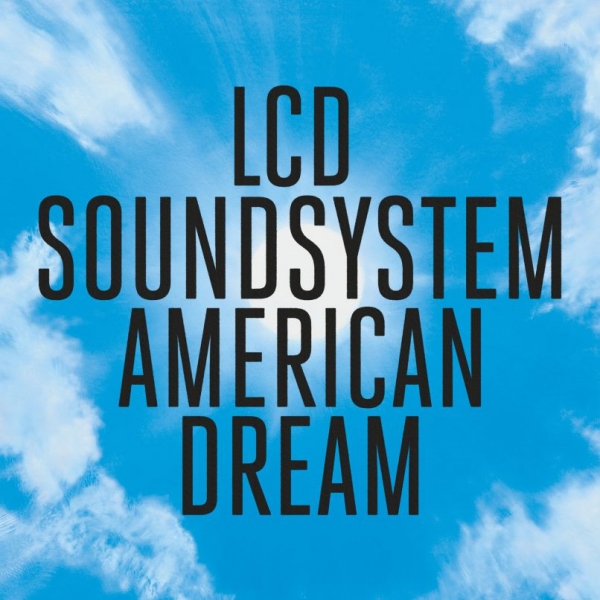 There were 1,733 days between LCD Soundsystem’s curtain-closing show at Madison Square Garden and the breaking of the news that they were reforming.

Plenty of people are of the view that fewer than five years in retirement isn't long enough to justify the veritable parade that James Murphy made of the fact that he was calling time on the band; the title of the audio release of that last concert in New York City was The Long Goodbye - no kidding. Murphy didn’t announce officially that the group were done until February 2011, when their final gig went on sale, but it came as a surprise to absolutely nobody. Younger listeners might not remember that he’d been talking publicly about the idea of calling it quits long before This is Happening was released in 2010.

Murphy joked recently that he designated the Madison Square Garden appearance as the last show purely out of fear that tickets wouldn’t sell out otherwise; in truth, it’d been clear for a while that he never considered LCD as being especially long for this world, and it was his internal conflict over that fact that formed the crux of the documentary that covered the band’s final days (or its ‘very loud ending’, to borrow from the film’s tagline). Shut Up and Play the Hits interspersed concert footage with no shortage of hand-wringing, with clips from an extensive conversation with journalist Chuck Klosterman playing out like Murphy’s inner monologue over shots of him lying in bed looking pensive, or staring thoughtfully out of a car window, or - the morning after the gig - return to thumping normalcy as he walks his dog in his pyjamas.

Taking him at his word, chief among the reasons for the decision to end it included guilt over keeping the members of his live lineup from pursuing other projects and, most crucially, a sense that 40 was too old to still be fronting a rock band, that beyond that it was bound to be a sad spectacle. This is a theme that has hung over LCD Soundsystem, which didn’t begin until Murphy was in his 30s, from the very beginning and he has wrestled pretty much constantly with the issue of whether he’s a late bloomer or has, instead, simply wasted a lot of time and opportunities.

He is no stranger to regret, or self-reproach for that matter. There’s an illuminating old story about him having turned down a role as a staff writer on Seinfeld at the age of 21, before it became the all-conquering cultural phenomenon that it eventually did, in order to pursue music; he kept the letter offering him the job on the wall of his office as a sort of self-flagellating reminder for many years afterwards. That anecdote seems to have originated from an interview with The Guardian in 2004, from which the titular pullquote was “I speak as a lifetime failure”. Much more recently, in Lizzy Goodman’s book Meet Me in the Bathroom, he laments the years he spent too uptight to try ecstasy, suggesting that he only eventually gave it a go when his therapist indicated it might be a good idea (spoiler alert: it proved epiphanic).

All of which is to say that Murphy, for all his well-documented public prickliness, is evidently an insecure and deeply conflicted individual and whatever the naysayers might mention about the financial incentives on offer, he will doubtless have had plenty of sleepless nights about whether or not resurrecting LCD Soundsystem this quickly was the right thing to do. What you always felt was that, after all the pomp and circumstance of Shut Up and Play the Hits, he would have to have one hell of a good reason for rendering so much of it null and void with an early return to LCD; he might not have attracted the same criticism had he waited, say, a decade.

What that seems to have translated to in the minds of the listening public is an expectation that these new songs he’d written were so good that he simply couldn’t not share them with the world, that the new record was going to come storming out of the gate stacked wall-to-wall with irresistible dance bangers to rival the very best of the LCD catalogue. That might explain the fairly muted response to the first two cuts revealed from American Dream back in May, the title track and “Call the Police”. They didn’t set the collective pulse racing in the way that, say, a new “Tribulations” or “Movement” would have, and didn’t have the sort of grandeur that “Dance Yrself Clean” and “All My Friends” did. “Call the Police” actually moves at the same pace as “Friends” did, but with a more abstract narrative arc than the one about aging that captured so many hearts as the jewel in Sound of Silver’s crown. “American Dream”, meanwhile, returned thematically to the fear of getting longer in the tooth, but in decidedly woozy, hungover fashion - a disco stomper it ain’t.

Given that they went out in such an all-singing, all-dancing manner, it perhaps wasn’t too much to ask to expect them to come back that way, too. The sensible approach to that double A-side, of course, was to wait and see what sort of sense those songs make in the context of the entire record. Turns out the answer is plenty. It’s not that American Dream is subdued, but it certainly lacks straightforward party rippers like “Drunk Girls” and “Daft Punk Is Playing at My House”. That’s not an accident, either; this is, by a long distance, the most introspective work that Murphy has yet turned out, and you can feel very palpably the weight of all those anxieties he cited during Shut Up and Play the Hits. Opener “Oh Baby” begins quietly, just as its This Is Happening counterpart “Dance Yrself Clean” did, but this time, we aren’t hearing the slow burn of the lit fuse, leading up to the dancefloor-igniting drop. Instead, it twinkles along glacially, Murphy’s nervy vocals oddly soothing.

He signals from the off, then, that this is a different LCD Soundsystem - he’s turned the page on their last chapter. In that respect, he starts as he means to go on, and whilst “Other Voices” channels Talking Heads, the frame of reference feels different to how it was in the old days. You know that onstage - where LCD remain as incendiary as ever - the song’s jittery refrain of “you’re just a baby now!” will be positively manic, but here, there’s a restraint to it that Murphy’s seldom demonstrated before. “How Do You Sleep?” comes off similarly; it’s compositionally slight but epic in scope, and whilst here the minimalism lends it a starkness that suits it, you can already tell that it’ll be a veritable behemoth on their upcoming tour.

Again, this cool-headed control never really was a feature of LCD mark one, or at least not on the big dance tracks anyway, and it seems as if Murphy’s concerns about being a middle-aged frontman are behind its introduction. It’s his way of aging gracefully, and in doing so, he seems to finally be laying at least some of his penchant for self-deprecation to rest. A moving lyrical passage during “Tonite” suggests as such, when he dismisses worries of wasted youth and the fear of missing out as “all lies”, and even on “Emotional Haircut”, which manages to sonically be the album’s most playful song whilst also nodding to Joy Division, Murphy’s reflection on the passage of time flags up its absurdities without necessarily bemoaning them, as he would’ve in the past (“you’ve got numbers on your phone of the dead that you can’t delete, and you got life-affirming moments in your past that you can’t repeat”).

It’s clear that Murphy felt he couldn’t return to LCD without facing up to the insecurities he expressed in the documentary head-on, and anybody who dismissed Shut Up and Play the Hits as self-congratulatory should revisit it and think again; it’s an essential companion piece to American Dream. There is, however, likely another reason for his more sanguine approach to the idea of getting older; a sense of his own mortality. It doesn’t take a genius to figure out that the album’s twelve-minute closer, “Black Screen”, is about Murphy’s friend and mentor, David Bowie. The loss of such a towering creative and personal influence has evidently had an overwhelming effect on him; the song sounds lonely and bleak, icy synths juddering under Murphy’s heartfelt account of his relationship with Bowie, which was one that ran well into the twilight of the latter’s days; Murphy backed out of a production role on Blackstar, but contributed some instrumentation, and Bowie had responded receptively to the idea of a collaborative project before his time ran out.

He clearly meant the world to Murphy; “Black Screen” is moving, sweet, and profoundly sad. It’s also the most personal thing he’s ever written; he never was one for love songs, and perhaps this is the nearest he’s come. Maybe it was seeing Bowie put every fibre of his depleted strength into delivering his swansong that changed his worldview - that made him realise that it’s what you do with the time you’re given that counts, not what you wish you’d done in your twenties or whether or not it’s the done thing to still be in a band in your forties. Murphy said that Bowie told him that the idea of an LCD revival was only a worthwhile one if it made him uncomfortable, and there's no question that the prospect set Murphy ill at ease.

That was the case before he first disbanded the group and it still will be now, when he hears from the small but vocal minority who claim their memories of Madison Square Garden have been tarnished, or from those accuse him of a cash-grab over the multi-million dollar deal he allegedly signed with AEG Live when the ball was first set rolling on this new instalment in the LCD story. Whether it’s a simple epilogue or the beginning of another volume entirely remains to be seen, but James Murphy’s American dream always seemed to involve inner peace - acceptance of his past mistakes, and a more mature handle on his present anxieties. It’s within reach on this comeback record, and what it lacks in exuberance, it makes up for with warmth and humility. The very fact than an LCD Soundsystem reunion has been vindicated less by the music and more by genuine emotional growth tells you all you need to know. Consider the cynics confounded.