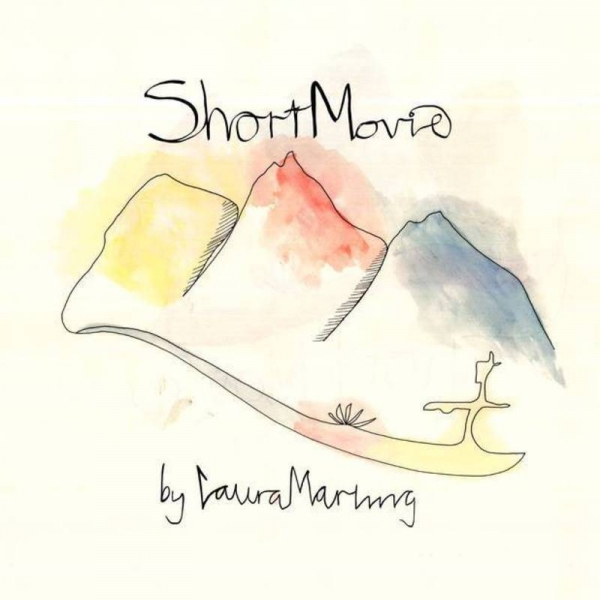 The last Laura Marling record, Once I Was an Eagle, was her third in four years. Like both of its predecessors, it was measured, intelligent and rang out with the confidence of somebody wise well beyond their age. At the same time, though, there was the creeping feeling that Marling had fallen into a little bit of a comfort zone. Granted, she’d already made one remarkable step forward in her still-fledgling career - the leap in maturity and poise between Alas I Cannot Swim and 2010’s I Speak Because I Can is easiest measured in light years - but even where Eagle demonstrated ambition, in opening with a four-song, fifteen-minute suite, for instance, it was bogged down elsewhere, not least by an overlong runtime. Where Speak and A Creature I Don’t Know were lean, ten-track exercises in quality control, a little bit of filler made the cut on Eagle.

It almost seems harsh to suggest that Marling was in need of a shakeup, given that she’d put out more fine records by the age of twenty-three than many musicians manage in a lifetime, but Eagle felt a little too familiar throughout, and seemed like the perfect point under which to draw a line. Marling relocated to Los Angeles in 2013, which seemed an unlikely move for somebody so quintessentially English, but early signs on whether it'd have a profund effect on her creativity weren't positive; this interview with The Guardian, for example, offered a far from tantalising insight into her new life across the pond.

Thankfully, she recognised this, too, and scrapped her initial attempt at album number five, instead putting music on the back-burner for six months whilst she delved into mysticism and travelled solo across her adopted homeland. The result, Short Movie, is by no means a wholesale reinvention, but it certainly represents a break with the past. It feels, to some degree, as if the shackles have come off. Marling’s four albums to date have all been genuine pictures of restraint, which is why it suddenly seems so thrilling to hear her on boisterous, impassioned form at points on this LP. The rollicking title track is a case in point, particularly by the time its reaches its breathless closing refrain - “it’s a short fucking movie, man!” - as is the stormy “False Hope”, a slice of early-noughties PJ Harvey that’s one of a slew of tracks on the album to benefit from Marling’s new-found predilection for the electric guitar.

Lyrically, too, it feels like a corner’s been turned. Marling had largely written with a level of emotional reserve that bordered on impenetrability in the past; as she’d spin stories in her songs that very frequently were not obviously personal, it became increasingly rare to see her let her guard down. It’s not that there isn’t plenty of the oblique on Short Movie -  brooding opener “Warrior” and the eccentric “Gurdjieff’s Daughter”, which feels like the closest she’s yet come to an out-and-out pop song, are both inspired at least in part by the work of filmmaker Alejandro Jodorowsky - but there’s also a witty, thoughtful appraisal of L.A.’s perma-positivity on “Don’t Let Me Bring You Down”, whilst “Feel Your Love” feels unusually sharp and forthright.

There are touches of frustration to Short Movie - it is, like Eagle, a little bit too long, and there are moments, like "How Can I”, that don’t quite sit snugly with the rest of the record’s sonic feel. A more radical departure might have seen her incorporate the percussive throb of “False Hope” a little more uniformly, too, but then delicacy’s always been a crucial part of her musical DNA. What Short Movie does do is remind us of the poise with which Marling carries her prodigious ability as a songwriter, and reaffirm that she’s genuinely ambitious, too; she sounds excited again, and so should we be.