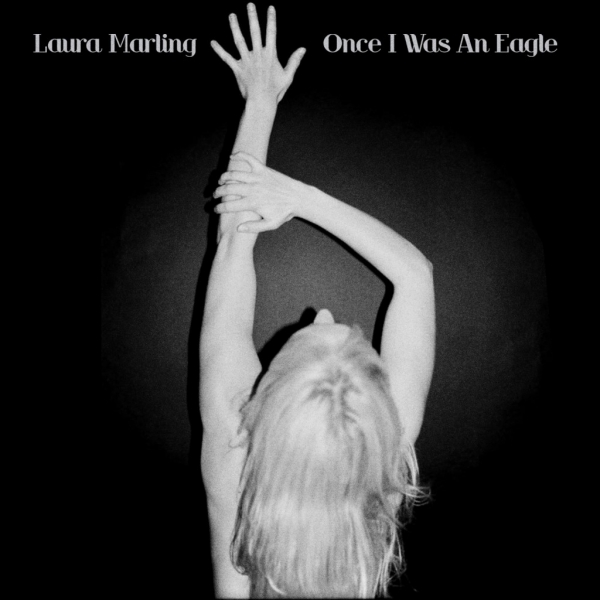 The song that, for all intents and purposes, proved to be Laura Marling’s breakthrough provides an interesting instrument with which to gauge her relentless progression over the course of her short career to date. ‘New Romantic’ is wonderfully written; honest, witty, somehow both charming and heartbreaking, and yet it seems, by way of comparison to what’s come since, almost juvenile.

The failed-relationship basics of the lyrics stand out; Marling doesn’t write songs with turns of phrase like ‘pretty fit’ any more. Some of the vocal nuances commonplace on later records had yet to emerge, and the nerves that threatened to cripple her live performance of it on Jools Holland back in 2007 are a thing of the past. That a fundamentally excellent track seems a little simple, in retrospect, speaks volumes about how rapidly Marling has managed to nurture her considerable talent as a songwriter.

Her second full-length, I Speak Because I Can, was a huge leap forward, startlingly mature in pretty much every aspect. Lyrically, she moved in a far more oblique direction, replete with historical references, whilst a firm sonic shift into folk territory would invite favourable comparisons with Leonard Cohen and Joni Mitchell. The days of chipping in on chirpy pop songs with Noah and the Whale and Mystery Jets were already a distant memory at the age of just twenty, and constant critical use of the word ‘precocious’ was an almost-insulting understatement. The follow-up, A Creature I Don’t Know, served mainly to build on Speak‘s folk foundations, with just enough evidence to suggest efforts were being made to experiment; the stormy drama of ‘The Beast’ and ‘The Muse’s Americana-tinged shuffle are cases in point.

Opening Once I Was an Eagle with a four-song, fifteen-minute suite is certainly indicative of Marling’s ambition, but it’s by no means overblown. She doesn’t really do kitchen-sink, and these first four tracks are a masterclass in restraint; with the vocals and acoustic guitar the only constants, further flourishes are included only where necessary – tom-tom drums and strings on ‘I Was an Eagle’, touches of piano on ‘Take the Night Off’. These opening fifteen minutes serve as a metaphor for the record as a whole, a reflection of its largely cohesive feel. This is especially true in lyrical terms; uncertainty and foreboding are ubiquitous, as is the more direct approach to the topic of love than on her last two albums.

It’s difficult to decide whether Marling’s experimental self-discipline is frustratingly conservative or impressively prudent. ‘Little Love Caster’ is a quiet, minimalist effort in the mould of the older likes of ‘What He Wrote’ or ‘Rest in the Bed’, flecked with Spanish guitars and a brooding string arrangement, and the Dylan-esque ‘Where Can I Go?’ is underscored by a breezy organ. Those tracks successfully apply a little diversity to the tried-and-true Marling template, but the record’s truly thrilling moments arrive when she lets new ideas dictate her songwriting. ‘Master Hunter’ is a revelation, simple pot-and-pan percussion drowned out by rollicking guitar and a genuinely aggressive vocal. ‘Devil’s Resting Place’ sees menacing, almost tribal drums race alongside frantic keys, with erratic, Indian-inspired string runs helping to create a sound dramatic enough to conjure up the images of the occult that the title hints at.

Marling manages to keep the quieter tracks stylistically diverse enough to suggest that there’s real progression; on ‘Pray for Me’, a song she’s been playing live since 2011, she opts for an intriguing combination of picked guitar, cello and bongos, whilst there’s plenty of bluesy flourish in the vocals on ‘When Were You Happy? (And How Long Has It Been)’. It’s unquestionably a more adventurous album than Creature, and perhaps the one caveat to its excellence is its sprawling running time; sixteen tracks over the course of more than an hour always sounded like potential overkill. There are a couple of tracks that might’ve missed the cut – the ponderous ‘Little Bird’ is a prime contender – but you could probably argue that to do so would be to miss the point of a record that’s supposed to be expansive, that was never meant to seem pithy, and that really is intended to serve as a vehicle for Marling to dip her toe in a variety of waters.

That she’s done so in such an organised manner, producing a record that’s diverse but not disparate, is hugely to her credit. She might not be interested in a full-blown departure just yet, but her twenty-three years of age and prodigious work rate both count in her favour on that score. Marling has delivered Once I Was an Eagle with a charisma lacking in most of her peers, and the poise of a far older hand. She’s no longer one of the country’s most exciting prospects; she’s one of its greatest songwriters.