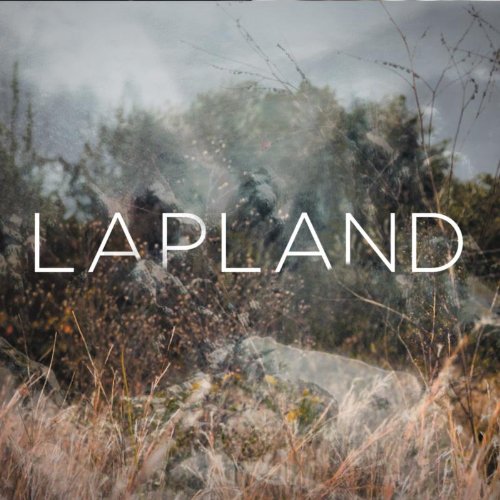 Think ‘Lapland’ and think snow, the cold… Christmas even. It’s a natural, unapologetic association, which could here be melted through the music of Josh Mease, when in fact those three instant reactions live within his self-titled release. The beauty of snowflakes falling, as heard through the delicate chimes of “‘Drink Me”; the crisp, cool winds blowing through recent single “Where Did It Go?”, and it’s lyrics of being “empty and cold”; and the unashamed jovial magic as heard in the one-man-band-esque “Fountains” and closer “La La La”. But while all of this is clear to hear, lands far and wide appear to have played a part in this ten track collection of folk-tinged pop pieces, where lush arrangements meet stark vocals and – on opener “Unwise” – trippy synths.

“I’ve been unwise, fooled by your disguise,” are the lines chosen to open the LP, which doesn’t give the brightest of introductions to Lapland, but does offer honesty. As the track builds, so do those initially delicate vocals, becoming even more dreamlike over a heart of a beat, and sounding even more stunning when the song switches into minor (as they so often do). Comparisons to Bon Iver and Elliot Smith are obvious (and valid), but Mease’s record collection clearly spans farer and wider. As well as absorbing the influences made during his time at The New School for Jazz and Contemporary Music, there are classical influences from impressionists Debussy and Ravel. A clear European influence can be heard during the aforementioned “Fountains”, while jazz sneaks its sultry notes into “Aeroplane” – an adventurous, Lennon-like number that floats on the vocal effects and, more specifically, the “ooh”s that ooze like wind either side of the titular planes Wings. (Lennon and Wings in one sentence, Lapland is that good.)

It’s important to point out that although this is vast amalgamation of sounds and textures, influences and styles, Lapland doesn’t ever sound like a collage or a compilation. With those relaxed vocals carrying the theme and an intricate knack for carving a song from whatever materials he has allowed himself, it’s an album that stands apart from those obvious similar acts, but one which those who favour their rock soft and their folk with a pinch of pop will want in their collection. Certain moments even suggest a more theatrical, majestic artist lurking beneath the frozen waters, as shown on the atmospheric “Memory”. With a vocal following simple piano accompaniment (or, perhaps, the keys following the voice) a memory (or “more than memory”) is pieced together moment by encapsulating moment. It’s an almost haunting instant, only bettered by the repeated outro of “I’ll be back again someday” from the looming “Soldier”.

And if Josh Mease’s quick-stop world tour didn’t quite satisfy the listener, hints of chilled Hawaiian harmonies carry “Overboard”, which harks back to breezy listening of a 1970s summer… Think Fleet Foxes at the beach with Brian Wilson. Despite the fact that ‘Lapland’ (both the band and the album) are products of Brooklyn, NY, “Metal Lungs” returns Mease back to his home state of Texas with a steady Western rhythm. It wouldn’t have sounded out of place during one of Jamie Foxx and Christoph Waltz’s montage trips across the South in Django Unchained. Lines like “Shatter my heart then break my bones, I still come home, just say the word,” show that the theme of heartbreak and hurt run throughout the record, making for an almost guilty feeling considering how enjoyable it is. By blending the music he grew up with the music he studied, Lapland has created a stark yet stunning scenery for these songs to play against.