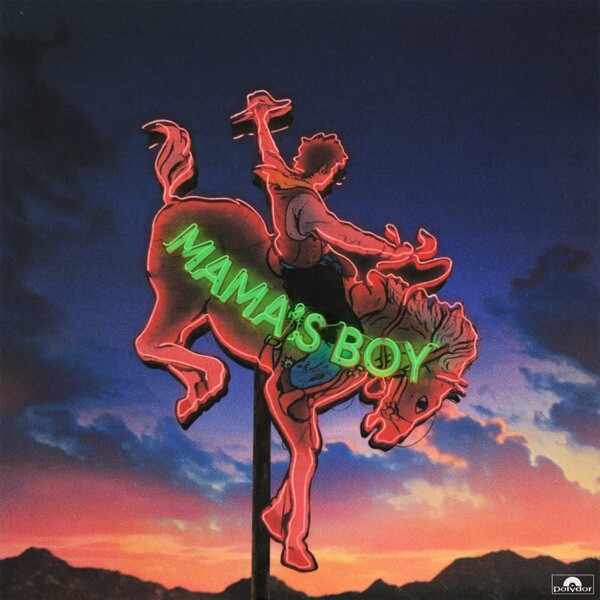 LANY are embedded in the vision of Californian Americana, given an alt-pop overhaul.

Typically bottling up tender emotions and expressing it in effervescent synths, their self-titled debut and sophomore album Malibu Nights dances through clean compositions overridden with Paul Klein’s adoring lyrics. The group are built on geographic identity, after all, the acronym combines LA and NY, now, however, they are trying something different.

Thematically, Mama’s Boy is a sweeping tribute to home and heritage. “Oklahoma, it made a man out of me”, sings Klein on “cowboy in la” as he seeks to claim his Southern roots. Stripped back instrumentation effortlessly couples with Klein's honeyed vocals as he warmly recalls a blooming relationship – a theme familiar to the LANY sound. “you!” offers a similar euphoria as the anthemic single is the biggest widescreen ode to love to appear on Mama’s Boy.

With upbringings in Oklahoma, Arkansas and Missouri, the third album dissolves the cognitive dissonance between the trio’s, completed by Jake Goss and Charles 'Les' Priest, cool-guy L.A guise in favour of honouring memory, religion and the infallible nature of family. Klein walks through these 14 tracks in the shoes of an artist who’s seen the world, and as a result, Mama’s Boy encapsulates the entire human experience whilst boasting a new sonic palette.

“i still talk to jesus” is in touch with the world LANY came from. Led by deep introspection, the lyrics explore how, by Klein's own admission, he has tainted his affiliation to religion. A gospel choir pours into the track whilst he sings: “Hallelujah, Amazing Grace / Just tryna do better than yesterday”.

Elsewhere, LANY experiment with slide guitars, flugelhorns, and the simplicity of a humble acoustic guitar. Their music has always been cosy and poetic, but the gentle make-up of Mama’s Boy finds the group consolidating their success, perhaps due to the lack of a broken heart. Where Malibu Nights was a breakup album – and if you pay attention to pop culture, you can piece together the narrative – Mama’s Boy thrives in being equally vulnerable through self-reflection. “Everyone thinks that we’re the poster kids for love” runs a line from “paper” in a diaristic take.

With Klein, Goss and Priest returning to their roots, their third album radiates a sense of freedom as they favour hometown comforts. However, LANY have always been and will continue to be California state heroes. The West Coast aesthetic that influenced their dream-pop-ladened hooks was missed, despite it making for their most nuanced and refined record to date. Mama’s Boy proves that standing still isn’t an option as LANY honour their humble beginnings as their most authentic selves. It may not be the iridescent sunset we’re used to, but LANY are home.