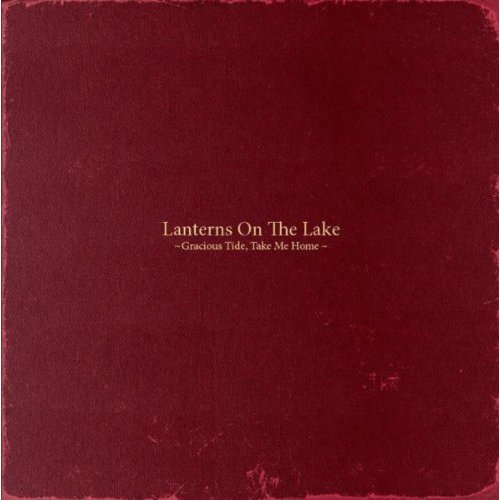 There’s something rather laid back and old-fashioned about Lanterns On The Lake. Formed in 2008, it’s taken them three years to record their debut LP and find their, what feels like, natural home on Bella Union records. Part of this homeliness extends to the bands formation: lead vocalist Hazel and guitar / electronics guru Paul Gregory are engaged and used to play in a band with the drummer Ol Ketteringham. Violinist Sarah Kemp went to school with Hazel and the bassist Brendan is the brother of vocalist and guitarist Adam Sykes. For some reason, that gives me a warm and fuzzy feeling inside, and, intriguingly, this warmth and compassion extends into their music.

Post-rock sensibilities underpin their musical approach. Lanterns making use of classical instruments and arrangements that are woven through the sound of delicate acoustic guitars and shimmering rhythms. This isn’t in the same bombastic area as Explosions in the Sky, but there’s a hint of another Bella Union band in their lilting vocal deliveries and sprawling arrangements: My Latest Novel.

Hazel’s breathy, effortless flow on opener ‘Lungs Quicken’ spirits you away to another world, one that’s rife with childhood imagery – like falling down the rabbit hole and awakening in a place that’s almost recognisable yet suspiciously alien. The heaving sounds duck and weave around the words – modern day worries wrapped in a timeless blanket of music. ‘Keep On Trying’ is similar in its effortless grandeur. The song swells and heaves in a romantic, and perhaps Victorian, manner – the music never has to resort to bombast to create emotion, it’s in the very DNA of the songs. It quickly becomes apparent that this is no ordinary debut – the emotional content is ripe and, whilst, for the most part feels on the morose side, there’s a youthful optimism that allows you to hope that everything will soon be all right.

What gives these songs their impact is that they’ve been influenced by real stories. The heartbreaking sparseness of ‘Ships in the Rain’ is about a group of fishermen who went missing near the bands native Newcastle: a watery drowsiness envelops Hazel’s vocals as she whispers “this sailor will never come home”. There’s more hope in the skittish rhythms and soaring strings of ‘A Kingdom’. Inspired by letters sent home by soldiers during WWII, the music augments their stories and respects the fact that, whilst not all of them returned, they give their lives so that we might have freedom. It’s this effortless ease at which Lanterns deliver these inspirational stories that makes Gracious Tide, Take Me Home stand out. The delicate production coaxes the emotional nature out of the songs, the music percolating through all the layers between you and the record and seeping into your consciousness.

This is a record that’s as epic as it is restrained. The songs are stories that take you on a journey, to places formed not just in your imagination but in the real world as well. It’s this juxtaposition that makes this album a triumph of songwriting and musical endeavour.