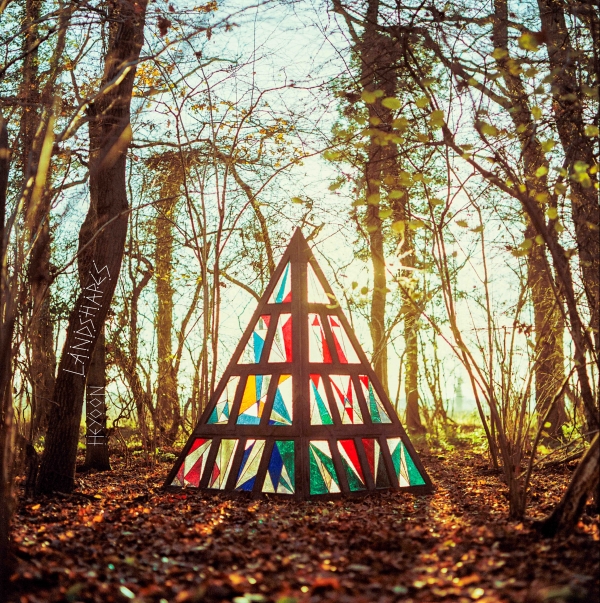 Landshapes are an elusive lot. They set something of a shifty precedent with their first record, 2013’s Rambutan, which saw them weaving seamlessly between genres without committing to a signature sound. Heyoon, the band’s sophomore effort, is a similarly erratic bricolage, but this time around they seem to favour a particular set of shades and textures. And though their chaos might be somewhat streamlined, Landshapes are still propelled by manic momentum.

“Stay” gets adrenaline pumping from the outset—a wash of surf rock guitars immediately turns sinister when they’re joined by the track’s pulsating bassline. Though tensions are soon tempered when the relentless tempo descends into a blissed-out wave of ambient sound in the song’s latter half. “Fire” lingers in mellow territory for a while longer, touting some haunting Fleet Foxes style harmonies and doleful melodies. However, Landshapes quickly reaffirm themselves as noncommittal types, with the heavy, bass-fueled “Moongee” inaugurating a dark new territory for the group. The addition of some piercing, pitch-bent guitar licks further fuels the uncanny atmosphere; this is psychedelia warped in a fun house mirror.

Heyoon is decidedly mercurial—it takes a while to get a feel for any of the group’s favoured tropes or sonic preoccupations. The record’s title comes from the name of a mythic pavilion supposedly sequestered in the woods of southeast Michigan. Legend has it, two men built the structure and it was soon discovered by a group of teens. As word spread, the locale became a kind of “temple of firsts,” a space for young people to escape and experiment. You get the sense that Landshapes are a band trying to discover themselves in every song, their music is a sacred space for exploration, but ultimately they’re too infatuated with possibility to restrain or pare down their sound.

At times, they hint at prog influences—“Red Kite” is coated in all the spacey reverb of a Dark Side­-­era Pink Floyd cut, unfurling at a measured pace, lavishing in drawn-out glissandos. For the most part, the songs on Heyoon resonate like collisions: of genres, of instruments, of approaches to songwriting. Landshapes’ potential energy is so immense that it can’t be contained. On “Desert” they display a flair for wistful psych-folk in the vein of Grizzly Bear, though they forgo the band’s more subtle touches in favour of high-octane instrumental breakdowns. “Solipsist” leaves itself vulnerable to a similar criticism: when isolated, each individual part is masterfully executed, but in tandem the band risks overcrowding a track with textures. However, in their barest moments, Landshapes manage to conjure up some evocative and intoxicating soundscapes. “Red Electric Love Fern” starts simple—driven by scintillating guitar flourishes and sparse bass-drum strokes—and builds to a riveting finale.

Overall, Heyoon is an impressive effort, broad in its scope and ambitious in its reach. Landshapes possess passion in excess, and this is made evident in the unbridled rhythmic ruptures and psychedelic pulses that define the record. “Potential” might seem like a pejorative term, indicative of heights within reach that haven’t been ascended quite yet. In this case, it ought to be a term cautiously applied to Landshapes. If (and when) channeled fully, their vitality will be unmatched.