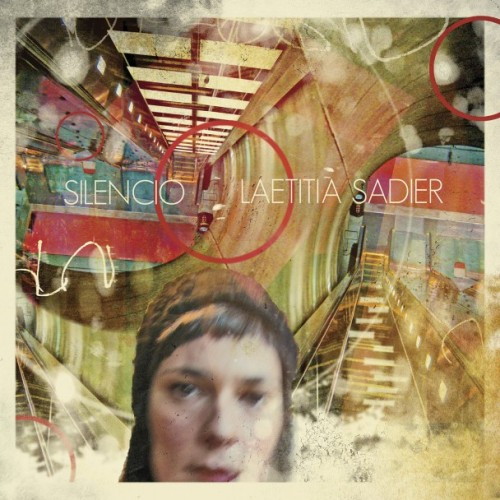 Many moons ago, a friend confessed to me that his first extended Stereolab experience hadn’t been a pleasant one. Specifically, the maiden spin of his copy of the Cobra And Phases Group Play Voltage In The Milky Night LP caused him to race to the bathroom to be sick. Dear reader, I never pressed him as to the whys and wherefores of this incident – there’s a degree of pleasure to be taken from the mere fact of the story itself, rather than by knowing what singular aspect of the album caused a bout of gut-heaving, or whether he was feeling a bit peaky in the first place. It’s enough for us to know that one of the world’s most brilliantly idiosyncratic bands provoked one of the most visceral reations possible from a teenage boy in the North West of England. Disgustingly so, admittedly, but that’s not the point.

So what is the point, you may ask…? Well, put simply, (former?) ‘Lab singer Laetitia Sadier’s second solo effort is going to inspire instant responses across the board. Only they’re likely to stray from the bilious end of the scale, and venture instead towards terms like “adoration” and “total immersion” and “pure ecstatic wonder”. Because albums this good tend to do that sort of thing.

Broadly speaking, Silencio is far more mellow than Sadier’s old band tended to be – not that they were a hard-rockin’ bunch, but there’s little here in the way of Peng!’s jangling fuzz-pop, and the motorik chug of old favourites like ‘Metronomic Underground’ is largely absent. Instead we get breathtaking lounge ballads like ‘The Rule Of The Game’; caressed and cajoled into splendour by interweaving vocal lines, whilst underpinned with a slow shuffle. Meanwhile our heroine gives a nod to her days in Marxist post-punks McCarthy, softly crooning: “The ruling class neglects again responsibility over indulged children/Drawn to cruel games, pointless pleasures, impulsive reflexes – a group of assassins”. It is beautiful: blissfully arranged, dreamily played and politically passionate. Quality agitpop that’s worlds away from the often-adolescent roar of punk rock and the chummy inadequacy of folk. No-one else makes records like this. No-one. At the four-minute mark, there’s a brief pause before the song bursts into its second movement – a breezy sixty seconds of ‘French Disko’-styled groove that should delight long-term fans. It ain’t quite Stereolab, but it’s familiar territory, and if she misses Tim Gane’s precise arrangements, it sure doesn’t show.

Further into the album, there’s more elegantly-paced rhetoric in the impressively-titled ‘There Is A Price To Pay For Freedom (And It Isn’t Security)’, while Sadier dips into her native French for ‘Moi Sans Zach’, channelling Françoise Hardy as delicately as ever. ‘Fragment Pour Le Future De L’Homme’ is by far the most reminiscent of Stereolab, almost sounding like a fresh, energised revisit to 1997’s Dots And Loops. It all builds to the album’s spell-binding closer ‘Invitation Au Silence’, a spoken-word track with zero musical backing. Two voices – one in impassive yet compelling French, the other in whispered, insistent English – tell the same story, echoing between speakers before inviting the listener to “listen how resonant with truth silence is”. Then, finally, we are offered one minute and fifty-two seconds of “silence” – which, of course, is not silent by any means. Microphone hiss, passing cars and wind all seem to contribute to this passage, and yet somehow it seems more poignant and pointed than a literal interpretation might do. The joke, of course, is that true silence is unattainable unless you happen to exist in a sealed-off vacuum, but man! nearly two minutes of listening to nothing in particular can’t half be affecting.

I want to live in Laetitia Sadier’s world. A place where melodies are as light, natural and freeform as the shapes of clouds; where music doesn’t merely titillate but engages, demanding you pay attention to the journey rather than merely allowing yourself to be taken for a ride. It’s unlikely that you will, but if you really have to hurl after hearing Silencio, don’t hold back. Blow chunks like you’ve never blown ‘em before. Wrestle every piece of poorly-digested gunk from your gut and spit forth the vile mess, gloriously and heroically, purging every last trace of impurity until you can hurl no more. Then listen again. And see how the same thing happens.

This album is going to blow you away every time.