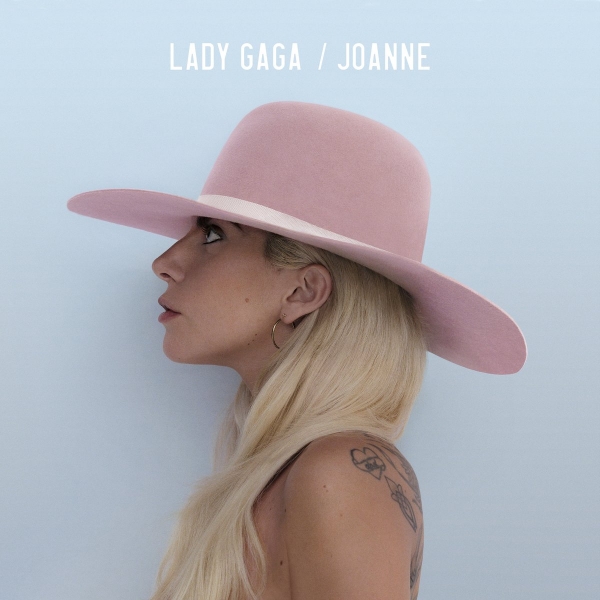 Lady Gaga is an evocative name in music, occupying her own uncontested space and wildly dividing opinion since her sudden arrival way back in 2008.

For some, her name is a shorthand for a cover version, someone who is a deft and calculated impersonator, a mere product of her very clear influences. For others, she’s an innovative pop icon, a charismatic force and a jolt to the senses in a beige plateau of cookie cutter popstrels. For many others, she’s both.

Gaga commands different personas to various degrees of effectiveness but can sometimes be plagued by accusations of willful insincerity for employing an alternative guise (while male musicians are afforded full artistic license to play with identity). Though she is fully within her own rights to experiment with character, the difficulty comes when some of these identities feel less fully realised than others. To wit, her last effort, 2013's Artpop, was met with criticism largely undue, though it seemed to show her drowning in her own ideas and pretensions of what she perceived true artistry to be. A lot was thrown at the wall but not a lot stuck. It packed some incredible punch and spawned fantastic singles but it felt like Gaga was hunting for an idea, a conceit to pin herself to. It didn't appear totally truthful.

When she missteps, it often seems to be a result of over-thinking, of focusing on concept rather than music, of obsessing over the delivery and forgetting the contents, of adopting a guise that doesn't quite fit; like a conscious effort to be "A Pop Star", which renders her almost as a Josie and the Pussycats creation by a cartoon music mogul and everything she claims to want to avoid in her own expression. Conversely, when she's at her best, when she simply finds it - "Paparazzi", "Applause", "Bad Romance", "The Edge Of Glory" - it comes with killer choruses, effortless melodies and undeniable hooks. Everything falls into place by virtue of its own effortlessness; it's real, unforgettably thrilling, gutsy pop.

Back when a new album was being talked of, we were promised a 'back to basics' Gaga, returning to her roots and ditching superfluous affectations. We got excited. We waited with baited breath for her return in "Perfect Illusion". God, we wanted so badly to have her back on form. But the result seemed so lacklustre, like an exercise in vocal acrobatics rather than a song. In a fitting outcome reflecting its title, it seemed like a false sentiment, an emperor in a new meat dress. It didn't sound like she was actually having all that much fun. She wanted to remind us why we loved her and thought it was her voice, when it's really just her, and we couldn't see behind the curtain, beyond the yelled vocals. It fell so far short of the mark that we couldn't help but fret over what was to come with Joanne.

The opening track, "Diamond Heart", serves to loudly remind us we needn't have worried; Gaga is back to business. Shit, it's exhilarating, The chorus has returned to the top of her priorities - though it is toned down next to her vocals and needs to kick in a little harder than it does - but it sounds like she's having a great time again. Lyrically pretty hackneyed, recalling her days as a Go-Go dancing tearaway, you can tell she's taking the 'back to my roots' sentiment quite literally, but that's okay when the song is as big on fun as this; a lively spirit that carries through to the obscenely catchy synth-fest, "A-Yo".

The gear switches for the title track, which is utterly gorgeous, a perfectly formed hymn that is a tribute to her late aunt and is genuinely touching. Her voice is dreamy because, as with all matters Gaga, it's best when it's just allowed to happen, holding a quiet power and imbued with emotion.

"John Wayne" is a hammy, country number, acting as Gaga's personal ad for another "wild man" in her life and backed up on guitar by Josh Homme, though you could easily miss that detail. If Gaga wanted her dive bar record, you just wish she'd let him loose on what could have been a raucous curveball, but as it is, any potential for grit is sanded down to familiar polished territory. She carries on the country slant into "Sinner's Prayer" that, while solid, would benefit from not sounding a bit she was singing to a karaoke backing track.

"Dancin In Circles" is a totally straight faced reggae-spiked jam recalling No Doubt and speckled with promise, seeing Gaga recall her endeavours being "Up all night while I rub the pain out" (well, a girl's got to have a hobby). She proves her true brilliance as a balladeer in the tender break-up narrative of "Million Reasons"  while "Come To Mama" is her call to arms to "Love each other" - a sentiment that would sound disingenuous from anyone else but delivered with absolute idealistic conviction from her and set to a retro Phil Spector on Broadway scale track that is just brilliant pop. She teams up with Florence Welch on the inspired "Hey Girl", a perfectly formed Prince-style jam praising female solidarity. Perhaps a more restrained vocal to back-and-forth with would have been less distracting but it is nevertheless a real moment here.

There are loose ends that if tied up, would have made this an incredible record. There's a distinct sense that her collaborators - Beck, Homme and Father John Misty - don't leave that much of a stamp which could be as the result of Gaga's usual pick and mix approach without seeing one idea fully through; a little more refinement would have gone a long way. Also, Ronson's presence here weighs down too heavily, and there is the faint sound of a cash register ringing in the sense that, in fitting with much of his repertoire, he's trying to mould her efforts into homogenised ITV commercial anthems.

A pop album with a capital P, when Gaga talked about stripping back, she obviously meant doing away with the pretensions- Joanne is, unmistakably, still a slick operation. But she's returned to having no qualms about writing just great songs, and it is wonderful. It is unashamed. Being teased as a sort of raw, bar tour album is a little misleading when she is married quite so evidently to big, shiny, pop hooks, but there's nothing wrong with that. Who knows how long this era of Gaga will last, whether or not she'll tire of an alter-ego being so closely tied to her own personality? We hope she gets to stick around.

It's easy to be critical about someone when they've set their own bar so high and it can be hard to judge Gaga's output on its own merit, independently of its sometimes chaotic trajectory,  Taking Joanne at face value, it's not a perfect record and finds Gaga pulling in so many different directions, but these are songs tied together by a common feeling. There is so much warmth here, so much that's human, and a lot to love. Her presence is tangible. The sentiment from the dramatic, violence-torn album closer, "Angel Down", where she ultimately pledges her hope ("I'm a believer") is a fitting sign off, mirroring a listener's shaken faith being restored.