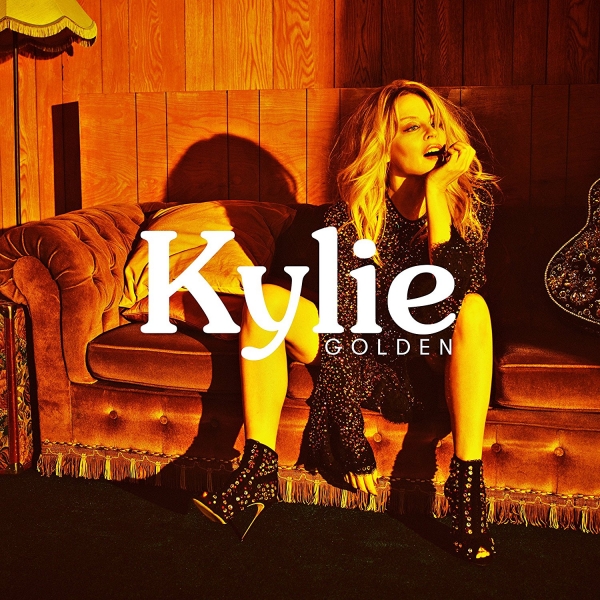 Kylie doing country sounds great on paper, doesn’t it? A rip-roaring, square-dancing take on the princess of pop, blending the best of heartfelt kitschen-sink dramas with some Dolly-influenced guitars? I can imagine the label’s pitch meeting to Ms Minogue now – it probably happened in Nashville, didn’t it…

The track with Jack Savoretti, “Music’s Too Sad Without You”, is a prime example. I have to admit, I’d never come across Savoretti before, but his Wikipedia entry boasts of a “solo mini-tour of Caffe Nero bars in the UK” and “two of his songs featuring in One Tree Hill”, so I don’t think I’ve missed out. His sub Chris Martin vocals are completely mismatched with Kylie’s, and this surely ranks as one of the worst major label attempts to pair two artists together. He’s much better, I’m sure, duetting with the likes of Sienna Miller (which he has, apparently – I don’t recommend looking this one up).

A few touching moments can be found on Golden, but lazy lyrics and middle of the road production let it down. Even lead single “Dancing” is a bit of a Dolly pastiche rather than a great song in its own right – the pop production elements are a bit middle-aged handbag house rather than pop fabulousness.

“Raining Glitter” is probably the highlight, if only for the camp title. Harking back to the glory days of Stock Aitken & Waterman crescendos, it almost manages to reconcile the uneasy combination of whimsical guitar line and a driving disco beat, but ultimately proves that these two genres were never destined to be friends.

Ultimately, there is a place for this kind of music, but it feels horribly dated, like the parts you have to sit through at a gig before she plays the hits. Why not give us some new hits? I know she’s got it in her.