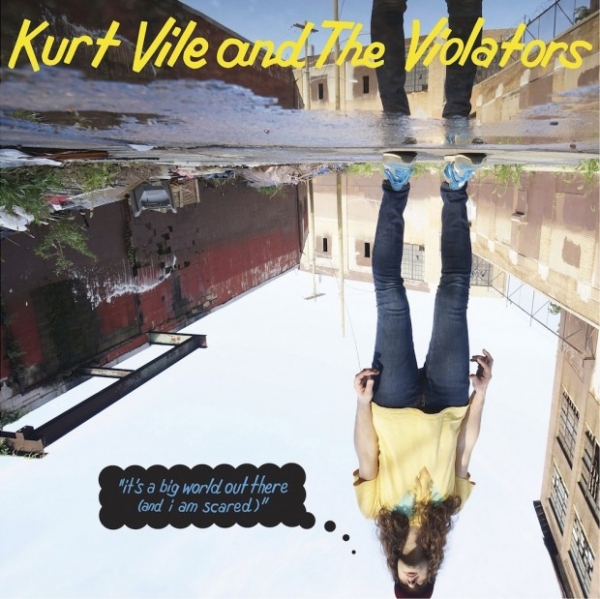 Having both read and conducted my fair share of interviews with musicians, I can say with at least a little bit of authority that one of the most beguiling points of discussion that seems to routinely crop up when discussing a new record is the number of songs that was written for it. So often, a band might mention having written twenty, thirty, forty tracks for a ten or eleven track LP; it’s normally a pretty vague claim, with many of them presumably never making it further than demo form, but it does make you wonder what happens to so many discarded ideas. I find it genuinely surprising that EPs like this one, designed as a delivery vessel for songs that didn’t fit on the full-length, aren’t a far more frequent occurrence.

Kurt Vile’s it’s a big world out there definitely is an EP, too; recent efforts from Best Coast and Mazes have been termed ‘mini-albums’, presumably on the basis that the respective labels felt that they were a little long to be considered EPs; we now know, then, that seven tracks is apparently the upper limit for an extended play. Comprised of material from the same sessions that gave forth Vile’s fifth full-length, Wakin on a Pretty Daze, back in April, it nevertheless seems to have been thoughtfully constructed; these aren’t merely offcuts that have been mindlessly thrown together.

Wakin on a Pretty Daze was largely characterised by Vile’s efforts to take his spacey, blissed-out sound and expand it as far as possible; the result was a record dominated by lengthy, stylistically diverse tracks that, whilst certainly self-indulgent, was arguably a more engaging listen than its more structurally rigid predecessor, Smoke Ring for My Halo. Vile’s less conventional approach continues here; the breezy “Never Run Away” – ostensibly an alternate version to the one on Pretty Daze, although barely distinguishable in reality – is immediately followed by its own ninety-second, synth-driven reprise. It is, undeniably, an awkward way to open proceedings.

I did, however, say that the EP hadn’t been put together without due attention to pacing and concord, and the four tracks that follow, whilst instrumentally diverse, bear pleasing similarities in terms of tempo and their loose nature. The largely acoustic “Feel My Pain” is the highlight; the slight echo lent to Vile’s evocative vocals is a smart touch, and lends a freshness to a track that takes its cues from Blood on the Tracks-era Dylan. There’s an impressive rawness, too, to the extended cut of “Snowflakes Are Dancing”, which opts for a Neil Young-esque riff that sounds almost improvised in place of a chorus, and works better over a longer duration.

“Wedding Budz” is simply a shorter version of Pretty Daze highlight “Air Bud’, shorn of vocals; surely only the most diehard of Vile fans would believe there’s a compelling case for its inclusion. More interesting is the curiously-titled “The Ghost of Freddie Roach” – he is, of course, very much alive – which gives way to a fabulously languid guitar solo at its midpoint; as with much of Pretty Daze, it seems as if Vile at his most self-indulgent equates almost exclusively with Vile at his best, even if closing with a reprise of the earlier reprise seems bizarre on paper.

As much as I’m all in favour of artists following up records – especially one as good as Wakin on a Pretty Daze – with EPs comprising material that didn’t make the cut, the inclusion of three alternate versions here pushes things towards fans-only territory. For their part, the two new tracks are terrific, but presumably a 7″ release would’ve proved less profitable than the deluxe version of the record that’s planned as part of this EP’s release; it’s a big world out there is certainly enjoyable, but I’d have been happy to do without the stuff we’ve heard before.