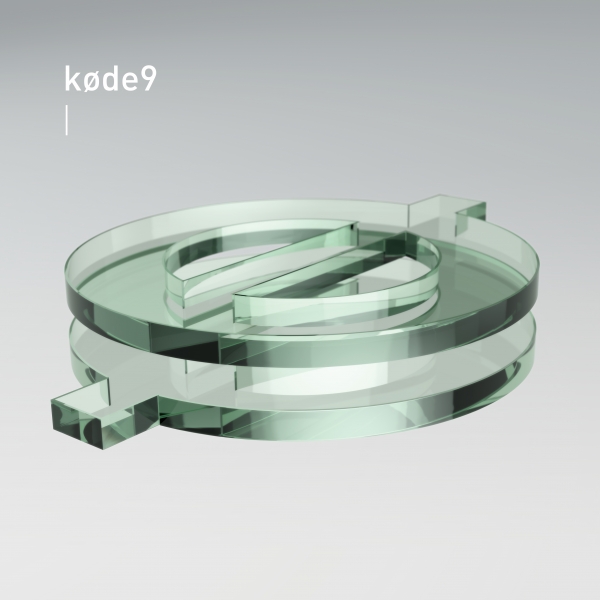 If the Hyperdub aesthetic soundtracks an urban worst case scenario it comes as no surprise that Nothing hints at a neon requiem. Steve Goodman (Kode9) lost two friends within eighteen months, and now the dubstep originator turns its portentous drone to loss and emptiness.

The hybrid, dubbed out sounds of Kode9, and much of his own Hyperdub label, have their foundations planted firmly under crumbling concrete, stories high. The sound of both is now more varied, but they share a common tone to the nascent dubstep they raised, seeping around London’s paving slabs at the turn of the century. It’s sci-fi speculation but also a gritty realism: dance music that does more, tugging on brains not just Friday night heartstrings. For many that represents reality in a way piano house, say, can’t. Most people’s reality is far from a piano break, and the futurism, the dystopia is just extrapolation from that fact.

Kode9’s reality is loss and lacking, and he has the means to make it hit hard. Merely tracknames illustrate this: “Void”, “Zero Point Energy”, “Zero Work”, “Vacuum Packed”, “Nothing Lasts Forever”. There are footwork tributes to DJ Rashad, deeply entwined with Hyperdub in the years preceeding his death, but it’s The Spaceape’s passing which has left an indelible mark on Nothing.

His doomsday diatribes have been put to rest, but throughout you stumble across Spaceape shaped holes; the soundscapes somehow penetrating less. This is perhaps most noticeable on “Void”, an insistent protodubstep left blank, somehow lacking without the weighty rasp intended to rumble above it. “Respirator” samples the sound of a dying breath and the album closes with nine minutes of near silence in cannily titled “Nothing Lasts Forever”, a literal void owing an intellectual debt to John Cage’s “4’33”.

Alone, Kode9 tackles a different set of challenges, and a first solo effort could be forgiven for being slightly patchy. Occasional tracks suffer from absenteeism, but there are true moments of virtuosity; he’s been a solo producer par excellence for over a decade remember, just not in album form. Now he is forced to work harder to hold the listener’s attention, but with it comes a greater scope, and new: "Holo" and "Mirage show a lightness of touch, the former sounding like a Ritalin pumped arcade machine and the latter like a shaky transmission of a now centuries old Diana Ross cut. "Vacuum Packed" is perhaps the highlight, opening with looped piano snached from under the hands of Nina Simone, before that sustained Croydon kick acts as a depth charge to the whole thing, making it an intense and brooding low end banger.

And the prophetic pessimism spirals out of Goodman’s own loss, groping for something broader, more universal. Death of course is relatable, but Nothing shows a consciousness outside the self. In 2016 Kode9 will tour an audivisual set up, centred on a future where humanity alone is scarce, and, hinting at political awareness, “Zero Work” and “9 Drones” are both, unfeeling, agressive and lacking in humanity. “Zero Work” centres on this guttural burst, like a man punched in the stomach and compresses it pulling it tight to make a drum from its skin. Synth scrapes away as though at a coalface and it’s made muscular by that labour, ironising its title. It plays on the disconnect between  future we were promised fifty years ago, of zero work and robotic labour, and the grim grind of his extrapolated future.  “9 Drones” is funerary to begin with, until the field gun kick drum pummels the ground, pierced by chattering machine gun hats. It rapidly becomes clear this is more military: gun fingers high, it’s a nightclub-death-march, whose political intent is again packaged in its title.

But it never hits harder than when it has a human face. “Third Eye Transmission”, features the reliced voice of the late Spaceape, clipped and bleeped and dehumanised just slightly, to remind you that he’s gone, available only digitally. It’s heartfelt, and that heart makes this is so much more than ‘dance’ music. Even when it's impersonal, it's as a warning for humanity, not a rejection. Kode9 bled deep meaning into ones and zeroes to make them human and were it only a series of bangers it wouldn’t be the textured and imperfectly lifelike experience it is. Nothing continues his life’s work to twist and distort. To invert boundaries and genres and do more. Yes at times it seems like there’s a little something missing. Yes at times it could use something more. But there is and it could. It’s called Nothing. Sometimes that’s the point.