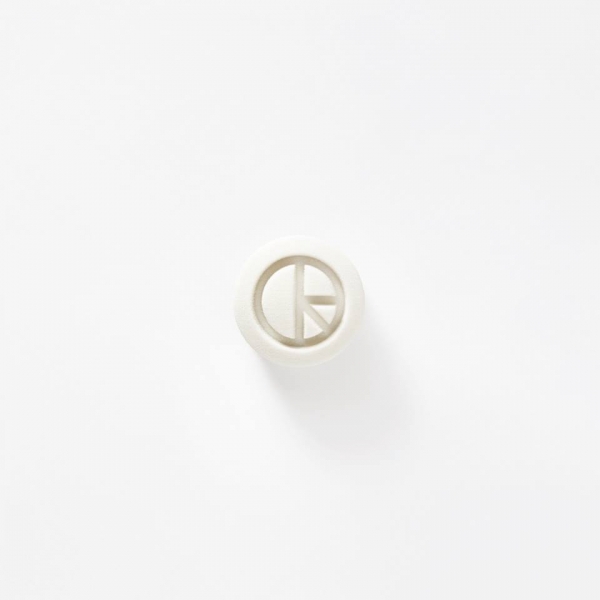 Although it appears to be a pill on the front cover of Klaxons’ third album Love Frequency, it is in fact a piece of plastic, designed by Trevor Jackson and intended to show his interpretation of what the record is. While it’s likely that the majority of those picking up a physical copy will assume that the collection is a drug-fuelled, ecstasy-starring one, the piece of plastic actually indicates the complete lack of drugs during the making of the album. Instead, it’s mostly clean, bright and shiny; often disguised as the psychedelic trips that made up their debut, but never as quite as trippy, and always with much more regimentation.

“There Is No Other Time” - released with “Children Of The Sun” as the lead single – is an almost unrecognisable sound when compared to the artists formerly known as nu-ravers 2007 Mercury Prize winning debut. Big beats, polished production and uncomplicated lyrics; you could be forgiven for thinking that this was in fact a terrible boyband’s comeback track following an appearance on The Big Reunion. Sounding as clean as the band claim to be during the making of the album, lines about “moving forwards” feature during a track that’s doing quite the opposite, producing music that isn’t half as innovative or unique as some of the moments from Myths Of The Near Future or its follow up, Surfing The Void (2010).

“Show Me A Miracle” (“Show me a miracle, help me to see, I need a miracle. Show me a miracle, give me the key, now that it’s possible”) offers equally simple lyrics, and a sound that’s as much of a summer dance anthem as its predecessor. It’s one of three self-produced numbers, which includes “Atom To Atom” – a break from the mainstream moments and seemingly, initially inspired by more retro-electro acts, with synth sounds reminiscent of Kraftwerk’s softer moments, before the whole thing is given a defibrillation-style boost, transforming it into a whirlwind of Hot Chip vs. Pendulum style grinds.

While producers include James Murphy and Tom Rowlands of The Chemical Brothers, the self-produced moments are equally as big bangerz, which is obviously the effect intended. Murphy injects opener “A New Reality” with his take on post-punk, rock and dance, starring the grinder-like swirls heard during “Atom To Atom”. While still a little more clinical than their earlier material, it has much more grit than “There Is No Other Time”, “Out Of The Dark” (“If you believe in love then I believe in you”) or “Rhythm Of Life” (“This is the hour in real time… we’re in the rhythm of life”), and sounds like a much more authentic sound that these three musicians should be creating. Tom Rowlands takes the controls for “Children Of The Sun”, an electronic chant and a track that feels more like the natural next step from Surfing The Void, an album which had tracks rejected from their record label do to their
overly-experimental sound; a criticism that they seem to have taken on board too much during some of the moments of Love Frequency.

Love Frequency isn’t a terrible album, but at times it does feel terribly unimaginative. Fortunately, the closing numbers offer a hint of something more than the mainstream dance tracks, with “The Dreamers” their most psychedelic offering on this collection and “Love Frequency” breaking down the beats for a little more focus on the instrumentation. Klaxons have never been a dance act, but their cover of “It’s Not Over Yet” proved that they could give dance a more genuine translation than this.