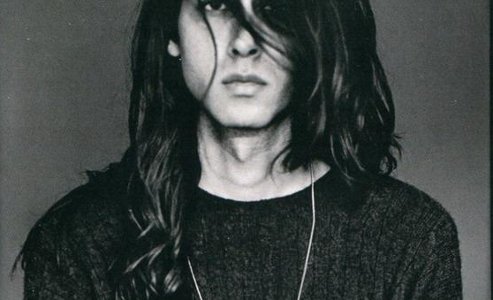 Even though seeing new bands or artists (like Wu Lyf, SBTRKT and Rhye) adopt the whole smoke and mirrors approach in terms of dealing with PR is starting grow a little tiresome, at least Kindess a.k.a. Adam Bainbridge can rest assured in the fact that he was one of the first to be a bit of an awkward bugger. Arriving back in ’09 with a cover of the Replacements’ ‘Swingin Party’ he got tongues wagging, and was immediately piled in with the rest of the chillwave scene only to disappear without a trace or an explaination just before the backlash on the short-lived genre began. He returned last winter with a new track ‘Cyan’ and the news he would finally release his debut World, You Need a Change of Mind this month. Although his behaviour could appear to be a tad annoying and theatrically contrived, as a result of this self-imposed exile of sorts he’s managed to do something that so many previously-hyped acts fail to do – allowed himself time to grow. In not rushing out a half-arsed collection of songs in the hope of capitalising on the wagging tongues, Bainbridge has created a slick, focused and utterly mesmerising debut. The easy-does-it approach hasn’t only just paid off, it has created one of the albums of the year so far.

It’s not that the songs have changed all that much over the past few years – they all still have a prevalent sense of lo-fi mystery or haziness cocooned within. It’s more that they’re all of such high quality. Evidently, he hasn’t spent the past two years developing his sound, it’s clearly been more of case of perfecting it. Genres like disco, funk, baleric beat and even a nugget of soft-rock are all mixed to create a dreamy dance hybrid. ‘Cyan’ nods its head to Studio 54 and seems destined to soundtrack many barbecues in Willamsburg this summer thanks to an infectious groove and killer bassline. ‘House’ is a slice of stunning simple pop euphoria with a strong emotional connection.

World You Need…’s charm is not its mystique but its muted technicolor aesthetic. Instead of being a collection of bright, vivid dance tracks that bombard their way into your brain, here the scenario is more one of a gradual aural intoxication. It’s up to the listener to get lost in this sea of hypnagogic albeit utterly captivating skewed-disco. And those who choose to do so will undoubtedly find their soundtrack to the summer.