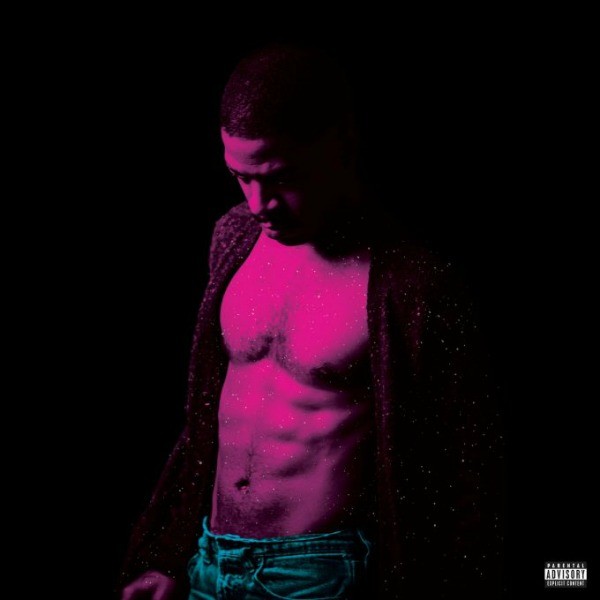 Right from the very outset, Kid Cudi has made a point of presenting himself as an outsider in the world of hip hop and, eight years since his debut mixtape A Kid Named Cudi, his relationship with his peers, the industry and - perhaps most importantly - himself remains evidently uneasy.

It’s hard to gauge the exact degree to which the genre has actually embraced Cudi, but they certainly haven’t done so whole-heartedly. For every step forward, every seal of approval - getting Common to narrate his first record, or being signed by Kanye - there’s been two backwards, whether because of Cudi’s mercurial stylistic approach or beefs that increasingly seem summoned up for the sake of it.

Perhaps mercurial is a kind word for it; the truth is Cudi’s output to date has been wildly erratic. The only consistency throughout his catalogue is the ambition; Man on the Moon: The End of Day was a spaced-out concept album that tapped the likes of MGMT and Ratatat as collaborators while still managing to flirt with the mainstream, sampling Lady Gaga just as she was becoming pop royalty and pulling out a major radio smash of its own with “Day ‘n’ Nite”. By the time the five-act Man on the Moon II: The Legend of Mr. Rager followed, he was appearing on Letterman slinging an electric guitar for a rendition of “Erase Me” - a sign of things to come when you think of it in the context of last year’s fifth LP, Speedin’ Bullet 2 Heaven, which mined nineties indie rock for inspiration.

Drawing on influences that broad is practically unheard of in the hip hop mainstream, and Cudi has also kept up an awkward, arm’s-length association with many of those around him, throwing no shortage of fuel onto the fire last September by launching a broadside of tweets against rap game fakery that he clarified “apply to who they apply. Ye, Drake, whoever.” Shortly, afterwards, he headed into rehab to seek treatment for depression and suicidal thoughts, speaking with admirable candour on the subject in an open letter.

Cudi’s apparent predisposition for building bridges only to burn them seems to speak to a deep-set discomfort with the standard trappings of the genre that dates back to his ‘lonely stoner’ days, and the unflinching examinations of his own psyche have been by turns beguiling and tiresome over the course of his career so far. It says a lot about his mindset that he seemed genuinely stung by the adverse reaction, both from critics and fans, to Speedin’ Bullet, shelving plans to head straight onto Man on the Moon III in the aftermath.

Instead, he’s turned his focus to the batch of songs that comprises Passion, Pain & Demon Slayin’. Cudi is not known for his fondness for brevity and, not for the first time, we get a sprawling double LP that runs just shy of ninety minutes. It’s probably not revelatory to reveal that said duration is completely unwarranted; it takes the most compelling of arguments to justify that kind of sprawl and in no way does Cudi deliver one along the lines of concept, sound, or even just the sheer indispensability of any of these nineteen tracks.

As is probably to be expected on the back of recent events, Demon Slayin’ is a brooding affair that tends to do its introspection in fairly oblique terms. Again, this is a Cudi album split into acts - four of them - although even in and of themselves, the specific concepts are unclear and it does seem as if he’s spread the subject matter a little thin. Act three for instance - Niveau de l’Amour, or ‘levels of love’ - details the kind of grown-up lady Cudi might like to meet on “Mature Nature”, with the sole qualification apparently being that she doesn’t spend too much time on her phone, while “Wounds”, which might otherwise have provided an emotional axis for the record as a whole with its reflection on bettering oneself, quickly descends into cliche.

Instrumentally, there isn’t a massive amount to the palette beyond thumping beats and claustrophobic synth work, which is a problem on an effort as long as this one. A modest clutch of collaborators help to take a little of the weight - not least Willow Smith, with a surprisingly mature turn on “Rose Golden” that rescues the track. Andre 3000 pulls a similar trick with “By Design”, which is the inevitable cut to try to capitalise on the recent appetite for dancehall flavour within hip hop; Cudi overdoes it a touch, though, with the steel drums, failing to follow the “show, don’t tell” lead of Drake on “Controlla” or much of Rihanna’s Anti-. Probably the closest he gets to the simmering drama he seems to spend so much of Demon Slayin’ aiming for is on “Swim in the Light”; subtly dramatic electronic backing, light AutoTune and an incisive lyrical take on Cudi’s mental illness conspire to produce the album’s standout.

In the end, though, Demon Slayin’ feels like much of a muchness from a sonic point of view and lacks genuine identity thematically, too. Cudi himself wouldn’t profess to be the greatest writer in the world, but the problem seems to be one of identity crisis; too often, his words are either too on-the-nose - “All In”, for instance - or shrouded in metaphor to the point of being unintelligible (although, on the unfortunate sex odyssey “The Guide”, that might be no bad thing.) Divisive as they might be, Cudi’s experimental urges are what make him interesting; on Passion, Pain & Demon Slayin’, he’s largely drowned them in a sea of unenlightened navel-gazing.