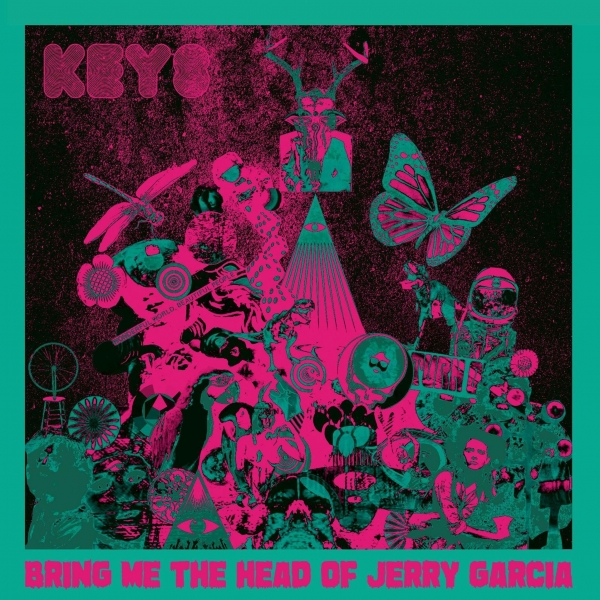 Shuffling between earthy garage rock and abstract neo-psych peaks, the Cardiff-based collective pull no punches on their first LP in five years.

With Cate le Bon’s Mercury Prize nod, breakout recognition for Gwenno and the ascendance of Carmarthen trio Adwaith, the Welsh music scene has lately been going through something of a creative renaissance. For their part, Keys have been carving out stripped-down revivalist output for the last twenty-years; seeing them, under their previous incarnation Murry The Hump, garner fans in the form of the late, great John Peel and Alex James amongst others.

A brief hiatus in the early noughties failed to dent an urge or ability to serve up a slather of genre-fusing fare; which can arguably be traced to the band’s flexible yet no-nonsense sonic approach. In this tradition, the Peckinpah / Grateful Dead-riffing title matches the mash-up of desert-rock and broader experimental influences bearing on the four-piece’s work; hovering between both with flick-switch momentum.

Bring Me the Head of Jerry Garcia exists in a volatile, less constrained hinterland than that occupied on 2014’s Ring the Changes, which drew heavily on cadences of '60s blues-rock, doo-wop, rockabilly and Phil Spector-esque sheen. This diversity remains at the band’s backbone; inflections of The Move and Peter Green-era Fleetwood Mac straddling around the periphery of their latest, motifs that are recognisable but imbued with the outfit’s own unique spin. Keys certainly prove consistent in their spontaneity, sporadic bursts scattered throughout; a release that deals abundant acid-dipped twists and turns.