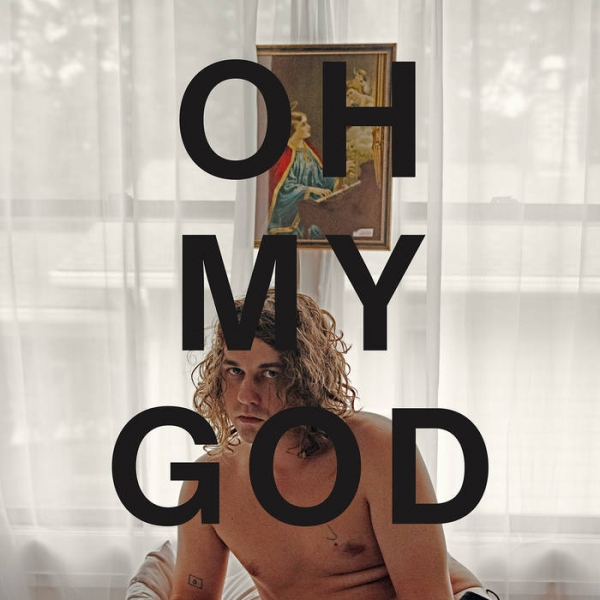 Kevin Morby has a way of tuning into his heart, mind and soul, and succinctly transmitting what he’s feeling into a highly emotive and immersive soundscape.

The Kansas City native has his feet firmly planted in the folk-Americana world, and he imbues it with a sense of acute thoughtfulness and awareness, and a sort of world wanderer’s outlook, wrapped in quite gorgeous melodies that flitter between sombre, dusky, serene, bright and buoyant. Coupled with his languid, deadpan, blasé, conversational vocal style – one that’s drawn inevitable comparisons to Bob Dylan and Lou Reed – it’s a package that’s instantly captivating and mesmerising. He might not have the most dynamic voice, but when Morby talks, it lures you in, with all its hypnotic power. You want to listen to what he has to say, to his stories, to the journeys he’ll effortlessly sweep you up in.

On Oh My God, that journey takes you “above the clouds”. Morby’s always hinted at a sort of holy influence in his life – the mention of the lord and god sprout up on occasion throughout his material – but on the surface his output has been rather secular, more focused on places and surroundings. Even now, with an album that’s titled Oh My God, and with song titles like “No Halo”, “OMG Rock n Roll”, “Seven Devils” and “Hail Mary”, he still doesn’t come across as a religious, god-fearing man. Indeed, listen to the album, and you’ll find Morby is more of a spiritualist than a straightforward worshipper.

Taking its cue from last year’s “Beautiful Strangers” single – a quietly powerful protest song speaking out against gun violence, in light of the horrific shootings in Orlando and Paris – Oh My God feels lighter than its predecessors, but no less rich in its sound. The titular phrase is repeated over and over again throughout the album – as it was on “Beautiful Strangers” – whether in the rousing fuzz of “OMG Rock n Roll” or in-between cascading harps in the meandering “Piss River”. Those three words, a vent of exasperation and desperation, are the very fabric of the album, much as it is of everyday life, whether we realise it or not.

In and around Morby’s spiritual musings, saxophones float softly and sumptuously, organs warmly whirr, and when situations call for rapturous release, guitars screech and wail down from the heavens. And then there’s the backing choir, like a redemptive ray of vibrant light shining through a stained glass window. They’re at their most heavenly in “O Behold”, repeating the line “horns on my head, wings on my shoulders”, while Morby fears the “Devil will come for us try to tear us apart”. With his guitar in his hands though, he finds safety – music’s his true religion after all.

“Times are funny”, Morby says over the rollicking piano in “Hail Mary”, but he’s made some sense of them for himself through this collection of glorious, resplendent, hymn-like songs. Exploring his spiritual side, Kevin Morby has shown us the light, and it’ll lift you up, comfort, and enlighten.