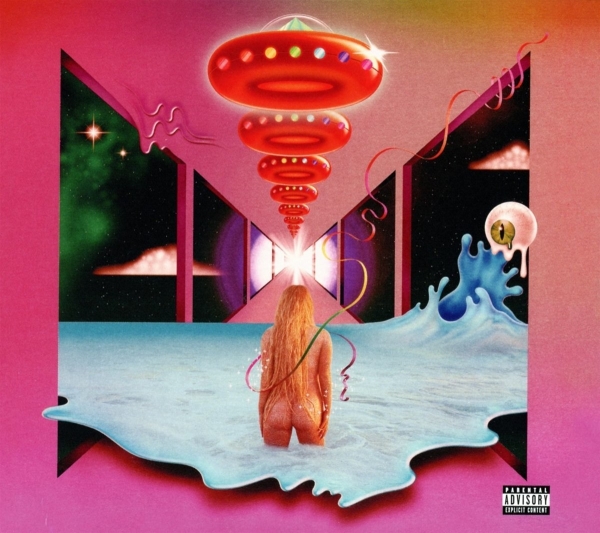 After her long running legal battle with former collaborator Dr. Luke, the release of Kesha’s latest album Rainbow is her long awaited and highly anticipated response to her prior treatment in the music industry.

After enduring her well documented struggle with her alleged treatment by Dr. Luke and spending time in rehab for an eating disorder, Rainbow is Kesha's chance to show the world who she truly is, a chance to take a stand against the way she's been treated since 2005 when the pair began working together, and during the subsequent three year legal battle that began in 2014.

When working with Dr. Luke, Kesha reportedly had very little control over her own music. Previous releases Animal and Warrior heavily utilised auto tune and fell comfortably into the world of mainstream synth-pop. Many of her lyrics focused on partying and relationships. Everything was about projection.

Rainbow, on the other hand, is a very personal album. There is a level of vulnerability that can be heard in Kesha’s soft but powerful vocals on tracks such as “Praying”. Her lyrics allude to her ordeal with Dr. Luke and the time that she spent in rehab. The album brings listeners along on her journey and brings them to new understandings about her past. It's an emotional record that shows how strong Kesha has become, one that inspires her listeners to conquer the skeletons in their own closets.

Opening track “Bastards” shows Kesha wanting to prove she can have a successful career without hiding her true feelings: “I got too many people I got left to prove wrong / All those motherfuckers been too mean for too long / And I'm so sick of crying.”

One song particularly worth noting is “Woman”, a female empowerment anthem all about girls having fun and being able to provide for themselves. The lyrics in the bridge capture the essence of the song perfectly: “Don't buy me a drink, I make my money / Don't touch my weave, don't call me ‘honey’ / ’Cause I run my shit, baby.”

A lot of the album has a very raw, low key vibe, but there are some tracks, such as “Learn to Let Go”, that you can’t help but dance to. “Boogie Feet” even adds some elements of rock to Rainbow and “Old Flames (Can’t Hold a Candle to You)” is a country song featuring Dolly Parton.

The album captures a mixture of genres that come together to create a really vulnerable and organic sound. Kesha uses Rainbow to let her listeners into her struggles, thoughts and true personality, something missing from her previous releases.