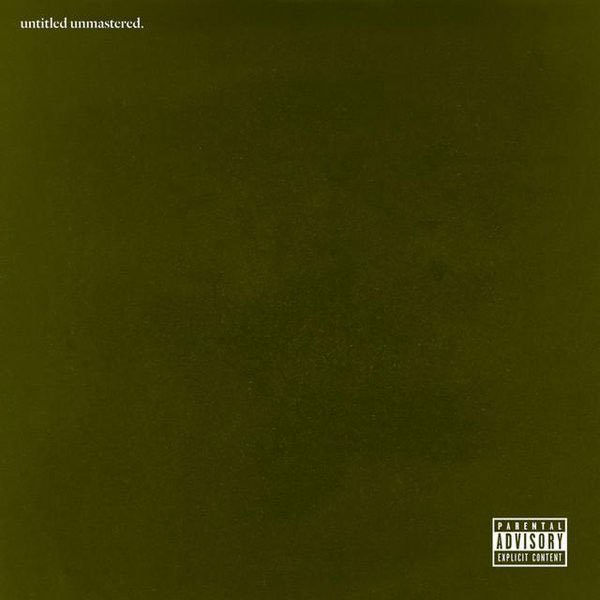 The phrase “Pimp pimp! Hooray” doesn’t appear on Kendrick Lamar’s new record until the second track, but it’s clear from the opening rumblings of upright bass and the gravel-voiced, disembodied come-ons that untitled unmastered is cut from the same cloth as his seminal To Pimp a Butterfly.

Recorded largely during the same period as TPAB, this collection of demos plays as equally fascinating, if not quite as sonically developed. Again, no topic is too weighty or broad for Kendrick’s scope, and he wrestles with oft-explored issues like race relations, poverty and industry stereotypes by presenting his internal conflict baldly.

The power of Kendrick has always been his ability to see all sides of the world around him, especially those most rappers don’t dare immerse themselves in. “untitled 02” finds Lamar atop an instrumental from Cardo and Young Exclusive that blends nightmarish synths with blasts of horns and keys that sound culled from a drawing room mystery. Here, Lamar is looking at the ills of his culture both from an internal and external perspective. “I see jiggaboos, I see Styrofoams”, he warns on the hook, lambasting both the racist perception of black people in poverty and the rappers who are exploiting it.

Lamar’s Colbert Report song, now renamed “untitled 03”, pops up on untitled unmastered as well. The studio version lacks the “We don’t die we multiply!” rallying cry of the debut performance, but it remains an enthralling listen and one of the few rap tracks you’ll hear that delves into nuances of race besides the black-white binary.

Much like Donnie Trumpet and the Social Experiment’s Surf, the handful of guests on untitled unmastered reveal themselves over the course of the eight tracks. They are primarily frequent Kendrick conspirators like Jay Rock and Anna Wise, and like the features on To Pimp a Butterfly each are utilized to maximize their strengths. TDE president Punch even pops up to spit a verse on “Untitled 05” and proves the reason he’s had so much success with smart, introspective MCs is because he’s one himself.

“Untitled 06”, Lamar’s collaboration with Cee-Lo Green, is the kind of ode to individuality that could easily have ended up saccharine in the wrong hands. Adrian Younge’s instrumental is built upon a warm electric piano melody and breezy reeds, and the two vocalists’ lines are stitched together beautifully.

Most of the individual cuts on untitled unmastered don’t have the same internal sonic sprawl as TPAB, but “untitled 07” manages a tricky beat change from a Future-like codeine snarl to a shimmery, piano-driven number. The lyrical contrast is equally stark, with Lamar taunting on the first verse (“Shut your fuckin’ mouth and get some cash, you bitch”) to contemplating his impact and spending habits (“Hope it’s evident that I inspired a thousand emcees to do better / I blew cheddar on youth centers, buildings, and Bimmers, and blue leathers”). While every other track on the album has a specific date attached to its title, “07” bears the more vague “2014-2016” as its mark, indicating a far longer gestation period and explaining its scale.

The album’s final track, “untitled 08”, is a studio version of another TPOB extra he performed on The Tonight Show, though it’ll surely come to be known as “Blue Faces” now that it’s in the streaming sphere. DJ Khalil handles the boards, and the track’s squirmy synths have a pleasing G-funk sheen. But a project that begins with Judgment Day isn’t going to end on a chipper note, and “untitled 08” is just as devastating even without buildings crumbling.

“I paid my way through by waiting on Allah / You played your way through, by living in sci-fi”, a Cape Town man tells Kendrick of why he resents Americans.

Ultimately, untitled unmastered isn’t TPAB, and anyone expecting something of similar cultural impact is only depriving themselves of one of the year’s early musical gems. On TPAB, Kendrick built a deeply personal poem line by line on every track, but now that we’re all fully aware of what Lamar is capable of he doesn’t need to spell it out in the same way. untitled unmastered’s rallying cry of “Pimp pimp! Hooray!” is enough.