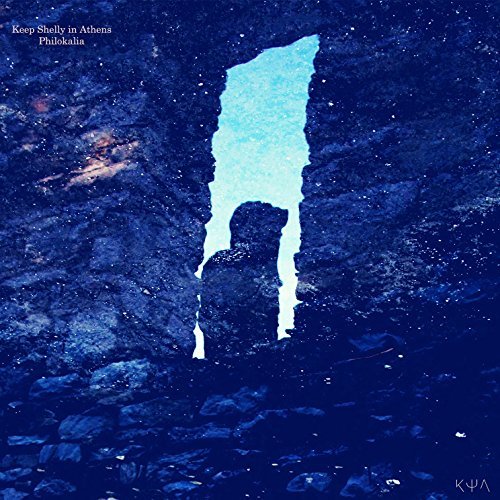 Greece-based act Keep Shelley in Athens are very much of the Mark E Smith train of thought where “If it’s me and your nan on bongos - it’s The Fall”.

This third album sees mysterious producer RPR hook up with a third vocalist in as many albums, this time in the form of Australian novelist and poet Jessica Bell. While original vocalist Sarah P - who released her own excellent album, Who Am I earlier this year - soared on their debut (2011’s At Home), she was replaced by Myrtha, who although of a similar ilk vocally, gave KSIA’s second album Now I’m Ready an intriguing middle Eastern flavour. With RPR excelling in terms of production with a stronger emphasis on atmospherics, the change in lead singer was pretty negligible - it was very much a Keep Shelley In Athens record.

Philokalia proves to be similar stylistically to Now I'm Ready, but with Bell proving to be a more straightforward vocalist, the music is more nuanced than previous material. There's an emphasis on sun drenched late Summer beats, but with less dream, and more pop.

Opening track "Leave In Silence" is another one of their killer heartbreak disco tracks, replete with bizarre reversed samples and luscious basslines, Bell’s impassioned plea to “Don’t look so down, your bad luck is turning’ over sumptuous chillwave beats setting the album up to be a tears on the dancefloor kinda record. Yet the following "Marionette" immediately puts those ideas to one side; using a terse pre-Dare Human League bassline, it's tense, filled and dark, a song where frenetic violins clash dramatically against each other in a nod to traditional Greek Rebitika music whilst Bell snarls “Dripping poison in my wine” while demanding she “Is not your Joan of Arc” before giving the kind of unexpected aggressive scream last heard from Alice Glass on a Crystal Castles record. It’s a surprisingly fierce moment which works thrillingly.

The best track here, and their best track so far, is "Seattle". RPR, a master of subtle but effective monotony, uses a hypnotic synth hookto drive washes of ethereal atmospherics and intricate percussion, a piano line tugs at the heartstrings with Bell excelling with an emotional vocal which manages to stop one step away from ‘80’s power ballad. It’s a killer pop track, both inherently morose and gloriously euphoric at the same time, an absolute masterclass in happy:sad music.

Philokalia isn’t a huge shift away from their previous material, and although it’s clear that RPR’s complex production ethic has continued, he can also mask this so what you’re listening to sounds way more simple than it actually is. That's no mean feat. If tear-stained pop music is your thing, you’ll be hard pressed to find anything better than this in 2017.