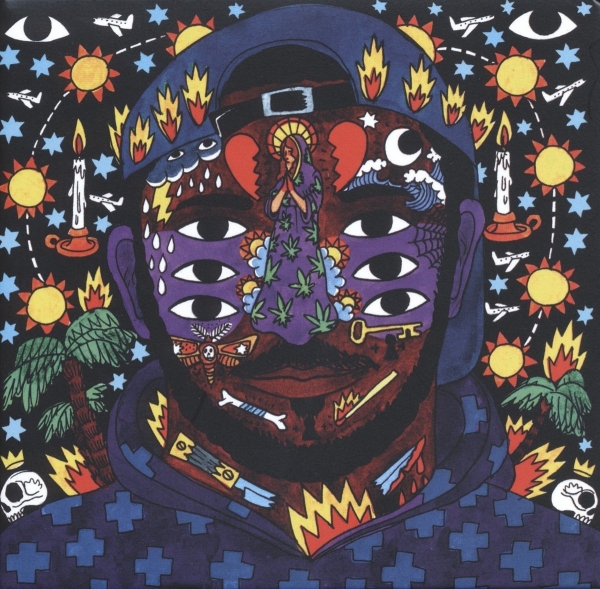 Over the last few years Montreal resident Kaytranada (aka Louis Kevin Celestin) has established himself as one of Canada’s hottest beat-makers - touring the world as a DJ as well as lending his production talents to a host of stars including the likes of Vic Mensa, Talib Kweli, Katie B and more.

A series of remixes, both official and non-official, serve as an indication of Celstin’s musical background, with “Kaytraflips” of the likes of Missy Elliot, TLC and most notably Janet Jackson’s "If" all being infused with Celestin’s playful, laid back style and ability to take the familiar and give it his own distinctive feeling.

On his debut album 99.9%, he steps out from behind the production suite and fully into the limelight in his own right. From the moment the bass kicks in 54 seconds into “Track Uno”, Celstin takes us on a joyful journey full of insistent rhythms and melodies that compel the listener to move their body, whether that be full on dancing or nodding along to the blissed out broken-piano and skittering drums of the instrumental “Bus Ride”. The infectious ‘Lite Spots’’, a reworking of Gal Costa’s “Pontos de Luz” shows just why Kaytranada is at the top of his game: house filters, deep bass and synths twist in and out to drive the track forward, a true call to the dancefloor.

Having worked with numerous musicians over the last few years, it seems only natural that Kaytranada should call in a handful of guest spots: Canadian compatriots BadBadNotGood have both produced alongside Celestin before, and the familiarity pays dividends on “Weight Off’ where his warm synths take the darkest edges off the instrumental groups sound. When working with guest vocalists, Kaytranada brings the most out of his co-conspiritors: Craig David gets a smooth 90s RnB upgrade on “Got It Good”,  the Bass heavy “Together” brings House and disco-claps together perfectly for Aluna George, while the Anderson.Paak collab "Glowed Up" is a multi part track that twists and evolve to showcase the best of both artists.

The title of Kaytranada’s debut record alludes to his perfectionism and constant reworking of his art, a process that saw countless tracks fail to make the cut (including a reported 20 tracks with BadBadNotGood and a further 3 with Little Dragon). While the artist himself may not feel the record is 100% right, Kaytranada’s debut showcases his ability to fuse, mutate and bring together his formative influences and create an uplifting and joyful feeling record that transcends simple genre boundaries.