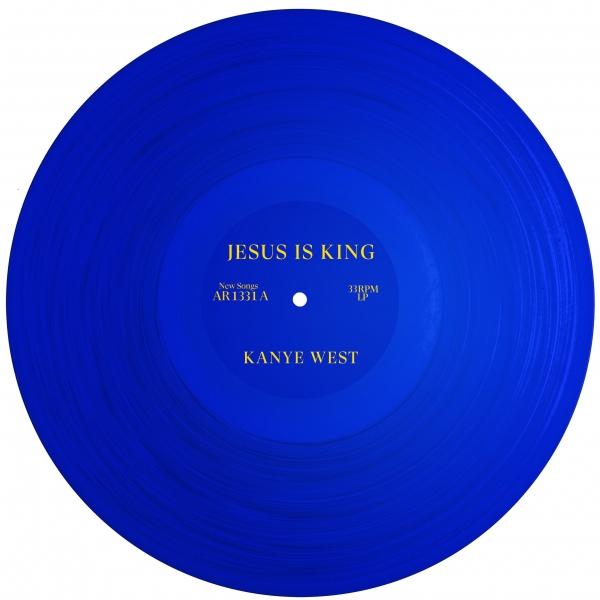 To whom should we turn when we have nothing left in our lives but happy, healthy young children, millions of adoring fans, and one of the most desirable lifestyles on the planet? Why, God of course!

If you managed to sit through the entire two-hour conversation between Kanye West and Zane Lowe that was released at some point in the last twenty-four hours, well done. Because there are only so many glaring falsehoods, mind-numbing non sequiturs and pointlessly mundane tangents about Christianity that any one person should be expected to take in any two-hour period – unless you’re backed up to the eyeballs on cocaine, experiencing a manic episode or elk-fuelled living blood vessel Joe Rogan.

We found out that Kanye West is the greatest human artist of all time; we found out that his sex addiction began at age five when he first caught sight of one of his father’s Playboy magazines; we learned what ‘seed to sew’ is... We learned a hell of a lot. What we also couldn’t escape were references to God, Jesus, the Church and other related ephemera.

Then about twelve hours after the interview, as though struck by divine inspiration, Kanye’s new album, JESUS IS KING, was released. JESUS IS KING has arrived! You know, the long-delayed, much-hyped, almost entirely terrible new album from the greatest human artist of all time has arrived. Sensational.

The difficult realisation for most people is that Kanye West is slowly, steadily ruining his own career, and that he is enabled to do so by the people in his life. It isn’t even a shame anymore – it's a travesty. Nobody seems to be willing to stop him, alter his opinion or make him release an album that’s actually the standard length of a fucking album.

JESUS IS KING – which, at only twenty-seven minutes, is a short album at best – is a little average but mostly terrible. However, “Follow God” is a solid gold winner, and a sickening reminder of how good Ye has been in the past. Bulletproof beats, scratchy rapid-fire rapping, tight rhymes... Hell, it even has Pusha T and No Malice together on the credits. Another keeper is “Use This Gospel”, which evokes the limitless, endless power Ye displayed on My Beautiful Dark Twisted Fantasy – not least in how casually we get gifted a Kenny G sax solo, because it’s Kanye West motherfucker, he does what he wants.

The rest of the album is not worth saving.

The first track, “Every Hour (feat. Sunday Service Choir)”, is hard to get through if you’re not fully accustomed to screaming choirs and sharp, ringing piano notes. It’s in-keeping with his regular Sunday Services, and his newfound faith, but it doesn’t do a lot for the album. “Selah”, which follows, is a bunch of Bible verses interspersed with barbed, growled snatches of vocal.

“Closed on Sunday” is a rather hideous indictment of Kim Kardashian West’s lifestyle choices. There’re a couple of tracks that feature Ant Plemons – you'll remember that people confused him with Jeremih on the Ye track “All Mine”... That’s about it for those songs. The other tracks, rest assured, aren’t worth discussing here (the final track is particularly infuriating).

No matter what kind of taste you have, you’ll have at least two of West’s albums from 2004 to 2016 in your ‘best albums of the century so far’ countdown, especially if you regularly read The Line of Best Fit. Hell, you might even have them all in your countdown – why not?

What you won’t have? Ye or JESUS IS KING.

People will say it's better than its predecessor, but at least that album had the good sense to be as gross as it was unlistenable. JESUS IS KING isn’t even as hilariously shit or infuriatingly offensive as Ye – it's one great tune and a bunch of other ideas, and it isn’t entertaining in the slightest.