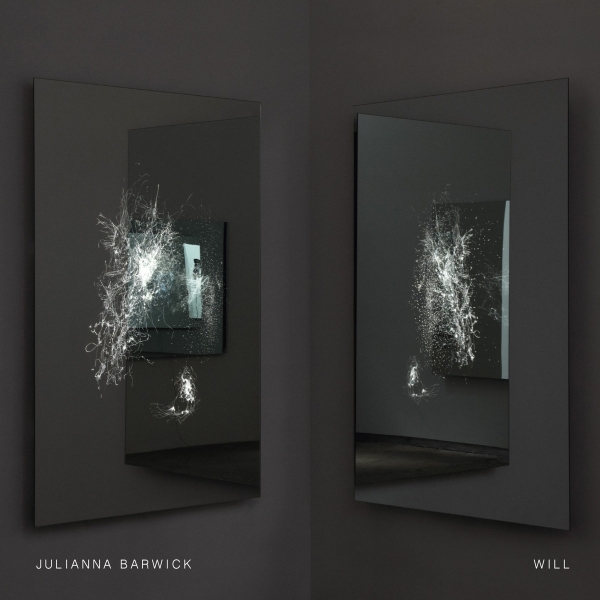 Ambient music is a genre that’s often critically praised but fails to smoothly translate to audiences. On her third record, Will, American musician-composer Juliana Barwick skillfully crafts a record that is equal parts intellectual and emotional.

Barwick, who hails from Louisiana and got her early musical training in a rural church choir, has always had a phenomenal gift for manipulating and layering her voice. Here, she showcases that same touch with richer instrumentation, fleshing out the skeletons of tracks with emotive piano and string arrangements.

Will begins with “St. Apolonia”, a divine, dramatic record built around an escalating falsetto loop and gradually filled in with solemn strings and chords. There’s a sense of tragedy here, but also an incredible vastness, like a sweeping shot from a Terrence Malick film.

The album’s single, “Nebula”, follows, and while it’s still firmly ambient the track is sketched in distorted synths, giving it a bit of a Tim Hecker quality. The song itself is rich and celestial, and while you would never go so far as to call it commercial, its emotional resonance is just as apparent as the best-written pop songs. The single’s pitch-perfect video by director Derrick Belcham only enhances the record’s unsettling tone.

As with fellow ambient artists like Arca or Hecker, much of the power of Barwick’s work comes from the ability of listeners to project their own thoughts and feelings onto the soundscapes. Barwick is particularly skilled at this, creating spaces and pockets in her music for the audience to stop and reflect, but without ever coming off as generic or crafting too blank of a canvas.

Barwick told The 405 that Will “…represents not only a return to my sort of solo, hermity bedroom recording roots. It's a return to that but also a different direction from all the stuff I've done, especially post-Nepenthe, which was a completely new world for me, as far as recording and everything.”

There is a bit of an isolationist feel on Will, and even the pieces of the record that aren’t built around Barwick’s voice still feel unmistakably and singularly hers.

“Heading Home” is a stirring song that builds around an almost amateurish piano line and heavily reverberated vocals. It’s deliberately tough to parse the lyrics, but the sense of nostalgia Barwick aims for is impossible to miss, and there’s a fragility and vulnerability that it’s hard not to get caught up in.

The album is also supremely well sequenced, building in its emotional range with each track. Starting off tense and sullen, you can feel a weight lifting off Barwick’s shoulders as you get into the final few songs. It’s a transformative journey that leaves you feeling very different at its conclusion.

Will draws to a close with “See, Know”, the album’s most willfully joyous piece and one of the few that prominently involves percussion. The arpegiatted synth line is vintage Barwick, but the splashy drum kit is a novelty here, and the snare rolls and cymbals give “See, Know” a sense of accomplishment and finality.

However, as the song begins to wind down a familiar sound drifts across the mix, as Barwick’s vocals provide harmony for the lilting synth line. It’s a subtle reminder that for all the new flourishes that appear on Will, Barwick’s own voice is still her greatest tool.

Barwick recorded Will in relative isolation, and it’s surely going to inspire plenty of moments of quiet, internal reflection in its listeners. It’s an emotional record first and an ambient record second, and one that will resonate even with those who typically aren’t fans of the niche genre.