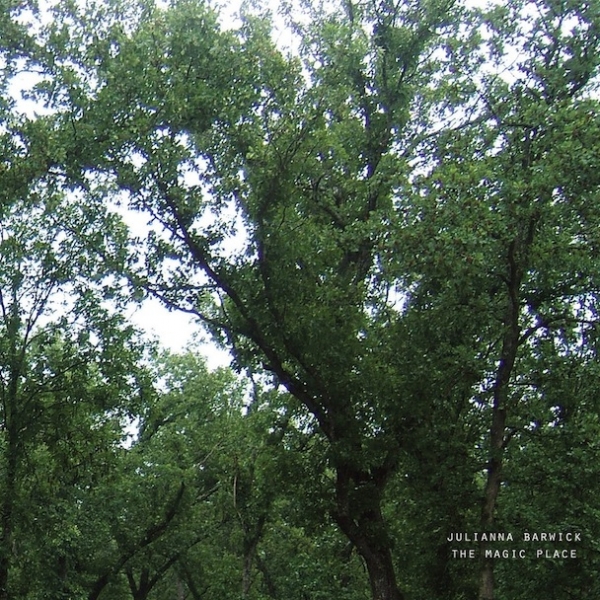 Ambient. Ouch. There, I said it. The music of Julianna Barwick could be described as such, but it’s so much more than that label can adequately describe. It’s church music for the secular, medieval chanting for the digital age, it’s – in the words of Barwick herself -  music that’s “looking for the perfect reverb”. Second album proper The Magic Place is the ultimate loops record, full of polyphonic vocals that are layered to fill the room with one woman’s heart, soul and of course, voice.

What’s central to this record is a meeting of voice and technology. The main ingredient in Barwick’s music is her voice, which she twists, loops and manipulates to make it into something other. What the ‘other’ might be is what drives the album for me – is it an investigation of the divine, or an attempt to create something neo-classical, or simply just an expression of what moves Julianna Barwick?

Following debut Sanguine and the excellent Florine EP, The Magic Place sets out intentions by the fade-up of opening track ‘Envelop’. It’s somehow denser than anything on the EP, and more powerful as a result. The vocals are strong, and behind the looping and layers a solitary bit of woodwind adds an eerie tone, and one-note piano leads into a gloomy ending. ‘Keep Up the Good Work’ is a key track in understanding how the record works; while dealing in loops and layers – much like a group such as Mountains does - there’s a slight change each time in what’s laid down. Whether it’s being a beat or half a beat off, changing the harmony slightly, or adding the smallest amount of instrumentation, these are loops that bear repeated listening. The Magic Place can’t be dismissed as background or headphone music – it’s “church” music insomuch as it can fill a space…and take over that space.

Title track ‘The Magic Place’ and ‘Cloak’ both provide moments that truly move me. While some of the tracks on the record could be read as being veiled in something…..unknown, or tinged with dread maybe…..these two songs feel like a push towards something celebratory. There’s a euphoria in those two tracks that wouldn’t perhaps be out of place in a cathedral. ‘White Flag’ shares the same positive ethereality, adding again some basic piano as a bed for the wonderful vocals.

A track like ‘Bob In Your Gait’ shows that outside of the vocal loops Barwick has an innate understanding of the beauty of song structure, as it builds from scratchy guitar and bass to gorgeous prepared piano before the vocals make it perhaps the most conventional song on the album. It’s beautiful stuff, and comes back to me in fleeting quiet moments across the day, perhaps just a snippet of the song, but that loops inside me for a while and it soothes…..

The uexpected drum and bass clatter of ‘Prizewinning’ is a wake-up call, the calming voices jarring against the backbeat yet producing something that works despite the incongruence. Final track ‘Flown’ returns to pure vocals and a faint piano, the heartbreaking beauty of it all a perfect way to end the record.

Without lyrics as such, Julianna Barwick has to let the music speak for itself and The Magic Place sings its beautiful brilliance over and over like a siren’s echoing call floating out over the ocean, it’s message fading out and reappearing, layered through the fog. This is a  precious work of art that stands apart, thanks to pure wordless expression of feeling.