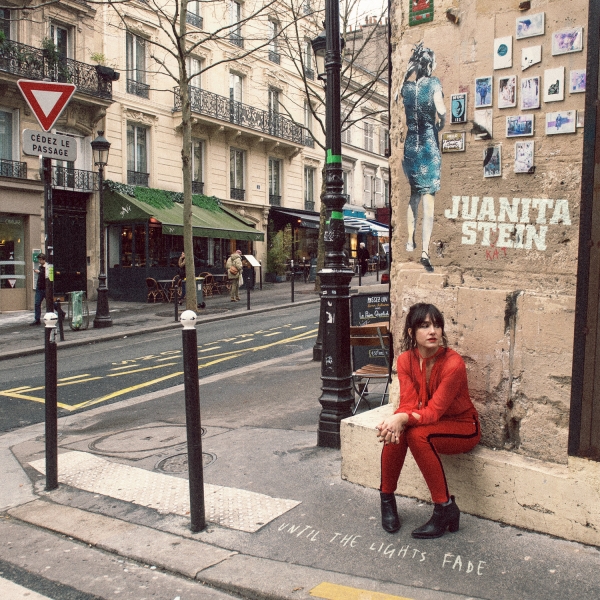 You’d think, owing to her being the voice of a top class, upper echelon rock ‘n’ roll band (Howling Bells), that Juanita Stein would be better known. Then again, you could say that about Howling Bells themselves.

This being her second solo record, a year on from her first, you could forgive a few hiccups or creative inconsistencies across the ten tracks on Until The Lights Fade. Thankfully, these do not appear. It’s a considered, thoughtfully constructed record that adheres to a stylish, seductive aesthetic – think brown dust on your Chelsea boots, desert driving in an expensive car, artfully distressed black denim and ice-cold Pabst Blue Ribbon.

To construct something this ‘arty’ without an ounce of pretence or irony is laudable. Across the record, there are many complex, rewarding flavours drawn from the same sonic fruit. A hint of Patti Smith appears on the anthemic “Get Back to the City”. This is followed by the chiming Roy Orbison-via-PJ Harvey pop of “In Your Hands”. There’s tumbleweed and tambourines on “Release Me”, creating a heavy Lynchian scent, as though it were written with The Bang Bang Bar in mind.

The strut of “Easy Street” catches you off-guard, because it’s resolutely upper-mid-tempo on an otherwise slower record. It leads nicely in the Dylan-esque, clangorous “Fast Lane”, which studiously recreates a version of the sound heard on Bringing It All Back Home and Highway 61 Revisited. “French Film” rounds the album out with a distinctly end-credits vibe, bringing the record to a creeping halt.

You’ll know within a minute or so whether you’ll like this record because it’s so stylistically complete. Maybe you’re a fan of Lee Hazlewood or The Velvet Underground or Cat Power, or maybe Paris, Texas is your favourite film: you’ll know already that this is for you.

The endlessly romantic tone, and sepia-filtered lushness of the entire thing are seductive if you’re into them – although for anybody who isn’t into this style already, Until The Lights Fade is not the record to win you over.