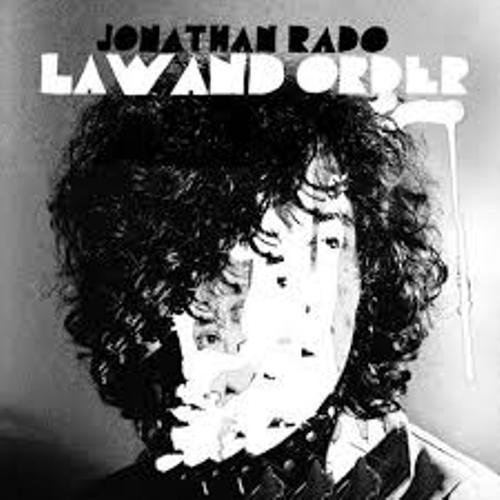 Let’s go back in time, shall we? To the psychedelic start of the year when love was in the air, freedom was tangible and bands got along. Back in February I interviewed Foxygen who were, at the time, getting a lot of attention on the PR hype train.Wooed over by their youthful exuberance, musical talent and overall enthusiasm as I was, one couldn’t shake the feeling that something bad was bubbling underneath: this young bunch of musicians were tired, overworked and a bit unready for the media maelstorm their take on psych-rock, 1970s era music had released.

Over the past year, several stories have popped up about band in-fighting, including a rather vitriolic Tumblr post by ex-touring member Elizabeth Fey on just what those young boys were up to on the road (fighting, drinking, and fucking). Let me cut to the chase: the point of this is that Fey stated that guitartist Jonathan Rado made lead singer Sam France remove his solo album from internet, only to then announce his own solo LP, which brings us here today.

Under such a tumultuous landscape, Foxygen member Jonathan Rado’s solo release, Law and Order, could be interpreted as being a bit shady. However, the 23-year old’s album is an interesting, electic mix of music which the press release describes as a ‘self-conscious piece of apocrypha’. Throughout the course of the record’s 12 tracks, you’re taken on a journey that reveals several facets of Rado’s personality, which sounds a bit like Kurt Vile mixed with 60s/70s Americana and borderlines on self-indulgent, almost like a jukebox with someone putting in an endless stream of nickels for their own enjoyment. Interestingly, the press release reads like a giant piece of automatic writing, and after listening to the album, one can see why. Rado’s debut gives forth more visions that we would have experienced on acid, not all of them pleasant.

Law and Order opens with ‘Seven Horses’, an LA pscyhadelic dance jam that contains no hand claps despite Rado singing “If you feel it all, clap your hands.” ‘Hand in Mind’ is the album’s stand out track, with Rado assuming a bit of a Johnny Cash-persona with a June Carter-alike singing along to produce a harmonious duet. ‘Looking 4a Girl Like U’ plays on the Edwyn Collins hit, this time interpreted with zonked-out, barely coherent, spooky vocals that sound like they should belong in a haunted house. Unfortunately,the 11-minute track comes across as a epic search for the singer himself, instead of any girl.

‘Dance Away Your Ego’ is a nice little interlude with Iron Butterfly-esque organs, and gives you a bit of time to recollect your thoughts about what comes next: ’I Wood’ has more distorted vocals (recurring production theme) and is a paranoid schizophrenia track with Rado’s Bob Dylan vocals paired with a White Fence-minor progression. The next track, with its funk break-down at the end, makes you feel like you’re now involved in a weird psychedelic love triangle between yourself, Rado and Beck, which doesn’t sound too appealing.

The closing tracks showcase Rado’s creative talents, and do a good job of telling an interesting story about the singer’s musical personalities. ‘All The Lights Went Out in Georgia’ takes you to an colonial mansion where you see a couple lazily dancing in a softly-lit kitchen at the end of a successful dinner party, a nice, melancholic scene that is abruptly ended by ‘I Wanna Feel it Now!!!’ which sounds like someone has been playing around with the FM radio dial in a 1970s Chevy, much to the annoyance of fellow passengers. The title track feels like someone is walking towards towards the end of an era, until you end up in the 1980s with closing track ‘Pot of Gold’. It’s an early Prince-esque tune with synths and drum tracks that makes you feel like your watching a music video by a 1970s ex-psych prog rocker who’s abandoned his previous bandmates in favour of reinventing himself for a new decade.

Law and Order attempts to restore some sort of musical faith, but comes across as sounding like a narscisstic debut that only Jonathan Rado really understands. The album fails with the constantly distorted vocals on nearly every track, which makes listening sound a bit like constantly crashing and banging pots.