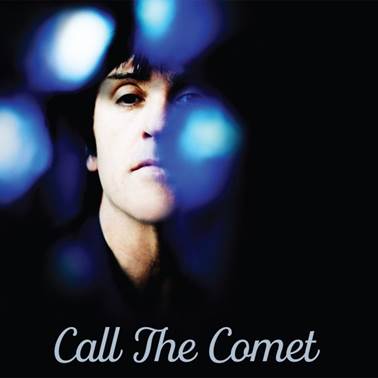 One thing that Johnny Marr’s unpredictable career path has shown is that he’s the kind of musician that will try almost anything once, so now is as appropriate a time as any to come out with his own concept-album-that-isn’t-really-a-concept-album. Call the Comet even comes with the requisite nebulous themes of outer space and dystopian future, though otherwise it does not really align itself with any classic and prog rock continua.

Call the Comet is the third album that Marr has fashioned under his own name, belatedly trailing the quick succession of The Messenger in 2013 and Playland in 2014. After the one-two punch of those albums he (naturally) took something of a left turn into projects such as his memoir, Set the Boy Free, and a collaboration with composer Hans Zimmer. The amount of time that lapsed between Playland and Call the Comet is more than enough for a musician known to be restless like Marr to do considerable remaking, so it speaks to his assuredness about the Messenger/Playland mode that Call the Comet slides so easily right next to that pair some four years later.

It is notable how Marr has, despite his arsenal of axes and playbook of tones, kept an overall consistency in the sound of his solo work through these three albums. That reliability as a songwriter extends to his lyrics, which keep poetry and platitude in check, not trying anything flashy but rarely falling flat either. Marr is clearly still a believer in the power of a good guitar riff, and the riffs are the engines that drive the dozen songs here. Sinuous and strong jawed, Marr’s playing on Call the Comet carries on with what he took from his time in The Cribs and Modest Mouse more than anything further back in his storied past.

Though stocked with insights into that past, Set the Boy Free also confirmed Marr has always kept his eyes on what’s coming next. Still, there are moments on Call the Comet that can give sharp-eared listeners a brief flashback here and there. Early single “Hi Hello”, with its flicker of “Well I Wonder”-like strum and a flash of synth from the outro of “There is a Light That Never Goes Out”, has already been remarked upon for its resemblance to Marr’s original signature style. If one squints long enough, they can convince themselves they’re spotting more Easter eggs in the corners: an echo of the charging drums from “The Queen is Dead” in “The Tracers”, a touch of “Hand in Glove” guitar chord and cadence in “Day In Day Out”, the fast funk stroke of “Barbarism Begins at Home” in the opening of “Bug”.

Inevitably, the current political climate of Europe and America looms over this record. It might be tempting to imagine that in those months he spent at his Crazy Face Studios in Manchester writing and recording the album, pacing back and forth through the drafty factory space, eyes half-trained on a steady stream of disheartening world news, he took some comfort in nodding to the original glory days. Though he’s not averse to breaking out a few Smiths songs in concert, Marr has steadfastly, even preemptively at times, avoided creative ruts and retreads throughout his career. Even a bleak future is still the future, and thus it can still be fixed, even if we have to summon down the aliens to help us out. Call the Comet finds Marr in his element, making articulate, direct rock ‘n’ roll with an ultimately optimistic sense of purpose.