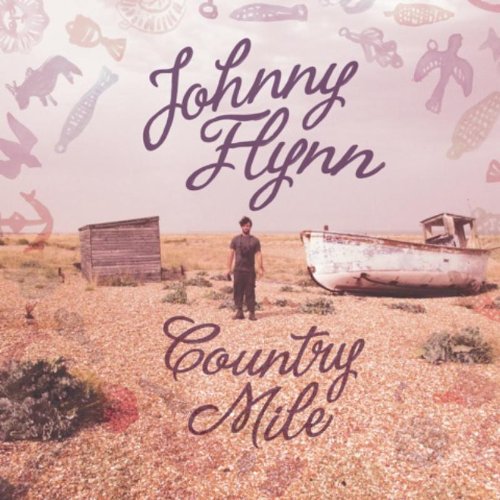 Johnny Flynn has been talked about as British indie-folk’s next big thing for so long he might well by now qualify as its nearly man. Having emerged among the first wave of the London nu-folk brigade, touring with Mumford & Sons and duetting with Laura Marling, his acting sideline has seen him appear in acclaimed, often Shakespearean stage roles and reportedly take a lead opposite Anne Hathaway in a film due for release next year. With so much going on, and having become a father in the interim and been namechecked in alt-J’s ‘Matilda’ as well, you might forgive Flynn for producing a fourth album – a film soundtrack, A Bag Of Hammers, received a low-key release last year – with his Sussex Wit backing band that doesn’t move too far from the milieu of his previous work.

And yet there’s always been something about Flynn that’s set him aside from his peers. Maybe the key is his rich vocal timbre, matured well beyond its years suggesting a callback to earthier traditions of the genre. Meanwhile the band interplay finds a middle ground between sparsity and Mumfordian stadium-ready build, sometimes playful and often ready to unveil a hook-laden chorus while grounded to a certain pastoral openness no matter what additional instrumentation get thrown at the arrangements. So while the opening title track ends in rousing cymbal crashes and horns it’s got there via a slow march underpinned by organ and a guitar, as much electric as acoustic on this record, picking out circular patterns, sounding simultaneously open as if to the elements and tightly drawn together.

It might be stretching a biographical point to suggest Flynn’s working with the classics has informed this style, but there’s a poetic lyrical expressiveness at work with a light touch that uses florid imagery and minor details as pictorial enhancement as much as spinning out storytelling detail. Never overtly show-offy in its use of language it seems a natural fit for the traditional melodies while unafraid to explore a darkness beneath. It does mean a good deal of towns in darkness, misplaced souls and loves lost and/or found, as ever with Flynn’s work, but an occasionally recurring theme of journeys outwards as a means of self-examination, made most explicit in the strident group choruses of ‘Fol-De-Rol’, suggests a thematic link to the idea of the wandering minstrel telling tales drawn from past experience.

For all its strengths as a record by and of itself ultimately there’s a problem with County Mile that might be hard to get around, namely that it feels like ‘just another Johnny Flynn album’. Whereas previous full album Been Listening was a clearly more mature work than its predecessor, this doesn’t feel like a great step anywhere other than sideways; as much as Flynn’s own back catalogue is a high benchmark the production and songwriting luxuriance, while accomplished, feels cut from the same cloth of slow burning ballads and detailed melodies without ever really catching fire under its own steam. Country Mile is a fine album, testament to the smartly ornate take on English folk old and new as one and the same, but given Flynn’s own catalogue and his undoubted abilities it hasn’t progressed as far as it could have done.