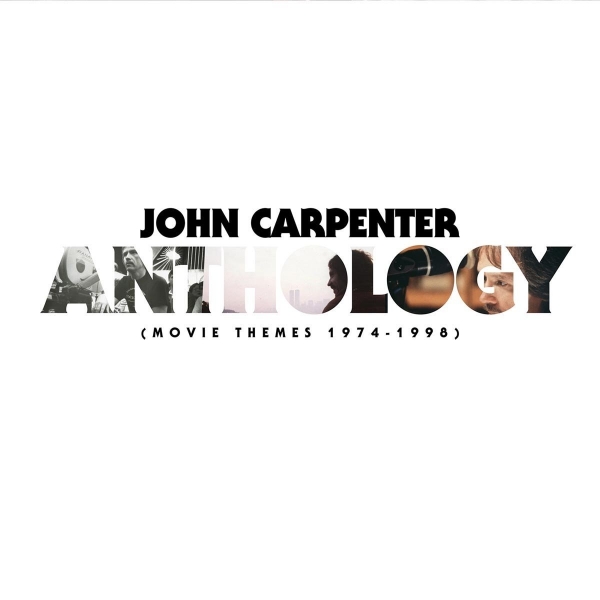 With so little, John Carpenter managed to create one of the most unsettling themes in cinema history.

The 10/8 piano melody that soundtracks 1978’s Halloween is almost as unrelenting as Michael Myers himself; marked by the constant stabs of synth and that sense of motion. But that’s all it is. Yet the feeling of dread breathes down your neck. Something is coming at you, but you’re not quite sure where from.

Carpenter never considered himself a proper composer. When he started out with his debut film Dark Star, he simply did it himself because he was “cheap and fast”. His soundtracks were heavily focused on electronic music, but he never ran in those circles. It took him three days to finish Halloween’s score. And yet, in spite of all this, Carpenter’s sound has become as iconic as his films.

Anthology: Movie Themes 1974-1988 is a retrospective of Carpenter’s “other career”. Featuring the themes to most of his movies, re-recorded by Carpenter with his son and godson, it’s a journey through the good (and the bad) that marked Carpenter out as more than just an ordinary director.

It’s this “cheap and fast” rule that has lent Carpenter’s style a real minimalism. His sounds are bleak and haunting, much like his shots. Compared to the likes of Vangelis, who specialised in huge, sweeping scores, Carpenter was something of an outlier.

Consider the ominous gloom of coastal California in 1980’s The Fog or the sweaty heat of a decommissioned South Central LA police precinct of 1976’s Assault on Precinct 13. Each is very sparing with its shots; The Fog to create fear and Assault on Precinct 13 to create tension. And each has a theme that perfectly matches that feeling. Assault on Precinct 13’s in particular pulses with a minor key synth that feels almost claustrophobic and as though it could erupt at any moment, but never quite does.

But his style wasn’t always minimal. 1986’s colourful and daft Big Trouble In Little China has a theme to match, a rollicking rock ’n’ roll riot. 1983’s Christine meanwhile saw the perfect marriage of Carpenter’s rock tendencies with his love of electronic music. In fact, Christine’s theme seems to heavily influenced Survive and their theme for Stranger Things almost as much as Carpenter’s films influenced the show itself.

Sometimes, as with Carpenter’s films, his soundtracks sometimes miss the mark completely. They Live’s bluesy theme seems completely at odds with the tone of the film (campy and fun), while In The Mouth Of Madness’s metal-lite riffing feels completely all over the place. But, in a sense, it shows that Carpenter was never a one trick pony.

It’s what made me fall in love with Carpenter’s films. He’s a director that did not want to be pigeon-holed and, in doing so, showed that diversity was a good thing. He opened up new genres to me, from the slasher horror to the paranoid action right through to the quiet yet otherworldly romance. John Carpenter played a huge part in broadening my horizons with his want to continually defy convention.

He may be modest about his musical side-hustle but it’s clear that he put as much care, and took as much enjoyment, in crafting these unsettling soundscapes as he did the scenes they were accompanying. It’s a treat to hear all these iconic and sometimes underrated themes again, even going so far as to cover Ennio Morricone’s ominous theme for The Thing and Jack Nitzsche’s grand, celestial Starman theme. For someone who considers his soundtracks an afterthought, it’s incredible how much these simple sounds can change the whole feel of a film.