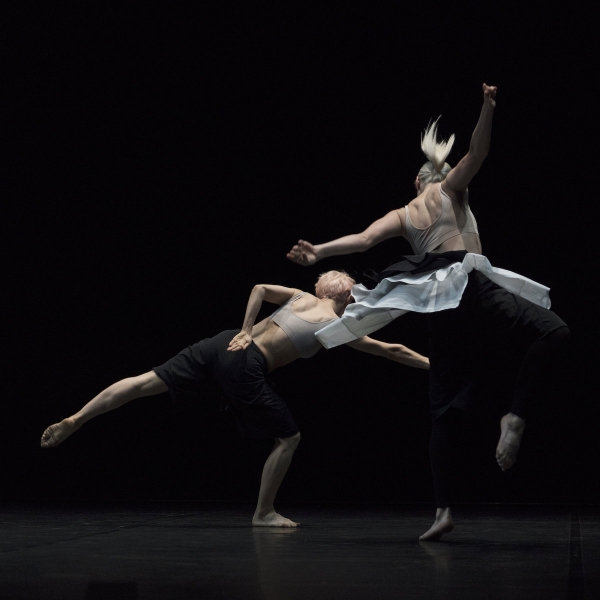 “You’re getting the essence of me. I’m not hiding anything from you or from my audience; I’m just releasing what’s on the inside.”

This quote, from a 2015 Pitchfork interview, is typical Jlin. The innovative producer has consistently spoken about the cathartic personal interrogation that informs her music, creating from a place far beyond her comfort zone.

And yet, the title of Jlin’s latest release Autobiography refers not to her own life, but to the patchwork of hazy memories that constitute Wayne McGregor’s.

The pioneering choreographer enlisted Jlin to score his latest production when the two met at Krakow’s Unsound Festival. Despite this not technically being a third studio album, it reveals a compelling breadth of style, born of a remarkably well-matched union between the two artists.

In a bid to capture the essence of life and identity as mutable, contingent and momentary, the performance of Autobiography is randomly determined by an algorithm based on McGregor’s genetic code, and dictates that no individual sequence of ‘choreographic events’ can be used more than once.

No two performances are ever alike, and the work regenerates endlessly, a strikingly lyrical intertwining of the organic and the automated.

More directly, she’s always imbued her tracks with a symbolic understanding of movement and physicality, each new composition blurring and refolding the essence of its footwork DNA into a completely different form of rhythmic dance music.

Appropriately, a large part of the score continues with the erratic sounds of previous material, its vacillating beat structures a true test of the dancers’ strength and endurance on stage.

Most notably though, the score demonstrates a harmonic and melodic dexterity almost completely absent in Jlin's music up to now. Punctuating the more frenetic moments of the score, it draws on a nebulous lineage of ambient and minimalism, lubricating and expanding the scope of the work.

"Carbon 12" and the cerulean gauze of "Blue i" marry featherlight instrumentation with the rhythmic esoterica that characterised Black Origami, tempering the intensity.

But it’s elsewhere that the diversification of Jlin’s palette is more plainly meaningful. "Anamnesis (Part 1)" is gorgeously weightless and, embodying the theme of conflicted and multiple identity, its muted piano slithers between major and minor, harmonious and discordant. It’s beautiful yet uncanny, as Jlin does here with tonality what she does so well with rhythm, toying with ambiguity, leading the listener down the garden path.

"Second Interlude (The Choosing)" closes in stirring, cinematic territory, made all the more poignant during the performance by the final image of a solitary dancer, head bowed, fist raised to the sky.

Despite its rigorous investigation of McGregor’s life and identity, the symbiotic process by which Jlin created this music has also, understandably, led to it having profound meaning for her own sense of self. “Creating the score for an impeccable piece of work such as Autobiography changed my life as an artist”, she's revealed.

Humble though she may be, Jlin is quickly becoming a staple within an esteemed circle of experimental, inter-disciplinary creators, with this score representing a vital step forward.

Though, of course, it's never been about status. With her gaze fixed inwards, we can only expect Jlin's work to become even more distinctive, complex and essential.