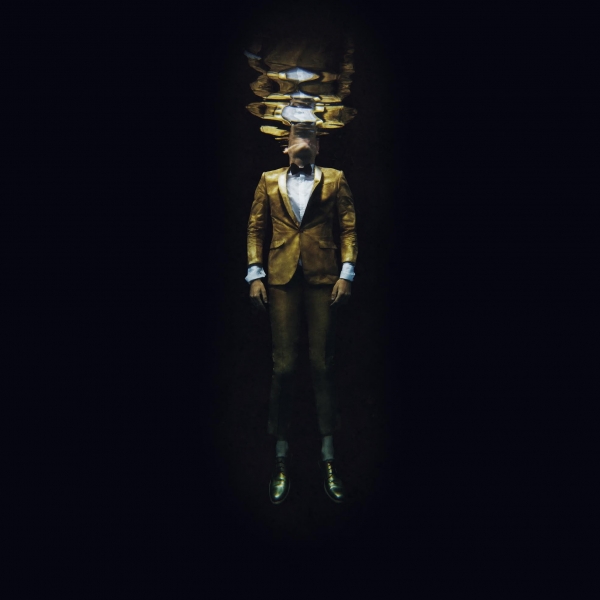 Jherek Bischoff’s new contemporary classical odyssey began in a massive, barren cement water tank underneath the ground at a disused US military base across the Puget Sound from Seattle. Manifesting the impression it made, Cistern summons the rapture and trepidation of edging through a vast unknown.

Fort Warden is located in the northeast corner of Port Townsend, a small but scenic city of under ten thousand people with an outsized community of writers and artists. Bischoff, who had been a part of bands like Xiu Xiu, Degenerate Art Ensemble, and Parenthetical Girls, was there in the summer of 2010 for an artist’s residency. Checking out the cistern after hearing tales of it, the overwhelming reverberation inside that sustained sounds for nearly a minute made a lasting impression on him.

Cistern came into being when Bischoff led the twenty-odd members of the Contemporaneous ensemble up to Hudson, New York, to capture these nine instrumental pieces in Future-Past, an analog recording studio located in a church. Spaciousness and a sense of seeking shade the album’s reverent ambience. The deep string section draws out each single note of “Cas(s)iopeia” as a muted electronic pattern flickers over it like Northern lights. The wavering violins and weary, cavernous guitar on “Headless” have the haunted magnetism of early Constellation Records releases.