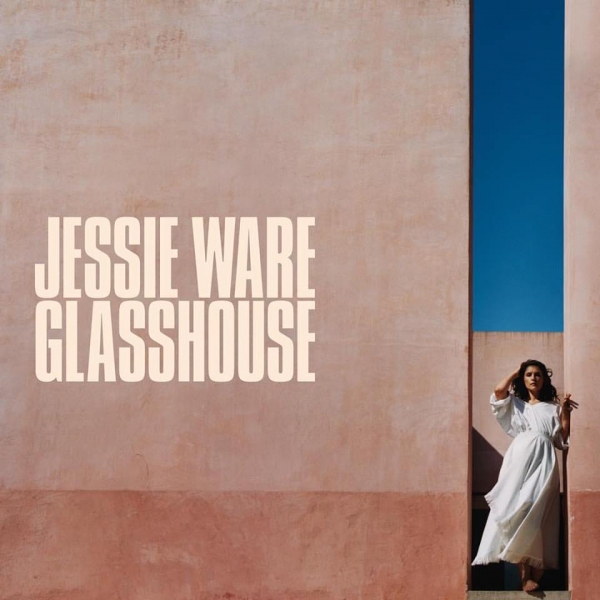 If you didn’t hear Jessie Ware’s last record, her breakthrough sophomore effort Tough Love, then here’s a quick primer - it was pretty much Sade’s Lovers Rock reimagined for the iPhone generation.

Thematically, it was a collection of love songs, heavily imbued with sex appeal, that spoke to where Ware was in her life at that time - she married her childhood sweetheart mere weeks before the album came out. Three years on, there’s been some considerable change - not least the fact that she’s now a mum. That’s something that obviously inspired a degree of professional insecurity, with Ware having talked about how she tried to rush the record for the sake of having something out. Happily, Benny Blanco stepped in with an uncompromising verdict on early material for the album - “really shit” - and Glasshouse instead has turned out a meticulously crafted work, subtly ambitious in its sonic approach.

Opener “Midnight” has a piano-driven collapse of a chorus, with D’Angelo as the driving influence, whilst “Stay Awake, Wait for Me” is a symphony in bluesy minimalism. In places, this is a more pared-back affair than Tough Love, which flitted between big-hitting singles and measured dance-pop crossovers. The latter variety win out here, even with Ware’s mate Ed Sheeran again a credited writer. In the much-maligned stadium star’s defence, he was key when it came to the track around which the rest of Tough Love revolved - “Say You Love Me”. That cut lent proceedings a genuinely anthemic core and whilst there probably isn’t a direct equivalent on this album, neither does there need to be.

There was a considerable step forwards between Ware’s debut LP, Devotion, and its successor a couple of years later; she seemed to realise that the most stylised beat, the most straightforwardly contemporary instrumental, wasn’t always therefore the best for her voice and, at the same time, she also apparently developed a much sharper appreciation of her own vocal range. She’s collapsed into the comfort of that quite gloriously on Glasshouse, whether it’s the layering of her floaty turn on “Finish What We Started”, her quietly confrontational approach to “Slow Me Down” or the conversational stylings of “Your Domino”. It’s not just that it speaks to a development of ability - more importantly, it hints at Ware’s confidence levels in the recording studio being as high as they’ve ever been.

Even then, it might be Ware’s refreshing openness to collaboration that makes Glasshouse such a triumph. Never more so, either, than when she impressively drafts in the reclusive Paul Buchanan of The Blue Nile to lend poise to “Last of the True Believers” with some stirring backing vocals. It’s worth mentioning that Sheeran pops back up on co-writing duties on the acoustic closer “Sam”, a delicate, if mildly saccharine, ode to Ware’s husband. Its sincerity is enough to justify its inclusion as the album’s endgame, even when it doesn’t fit sonically with the rest of it. The last two tracks from The 1975’s sophomore album from last year spring to mind - not musically necessary, but emotionally crucial. As it happens, it was Ware who introduced that band’s frontman, Matty Healy, to The Blue Nile after being ensnared by the musical similarities between the two groups. Small world or what?

She could’ve been forgiven for taking her time with this third record, but when you hear it, you can tell that these songs were bursting to get out of Ware; that she’s delivered them with such nuance and intelligence lends considerable credence to the idea that her more devoted followers have proposed ever since Devotion. She is, by a distance, Britain’s most underrated pop star.