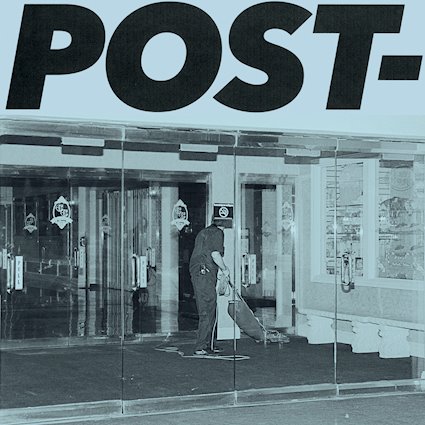 If Jeff Rosenstock went into the 2016 Presidential election in a state of concern, he came out the other side feeling utterly helpless.

The unexpected notoriety and recognition achieved with his 2016 record Worry lead to him becoming music’s favourite punk icon, straddling depression and self-deprecation with a passion and sense of tomfoolery that made him both endeared and respected. The election of 2016 however proved too much for Rosenstock, forcing him into a period of writing riddled with insecurities and serious doubts relating to his home nation’s state of affairs.

Announced at a New Year’s Eve show in 2017, POST- is at times partially reminiscent of another certain pop-punk record not only in its damning commentary on contemporary affairs in the USA, but also the way in which it’s bookended by two dense, lengthy entries, ‘’USA’’ and ‘’Let Them Win’’. Read together they sound like a national instruction to roll over, yet on their own they stand readily defiant (the ‘’et tu USA’’ refrain that closes the former has already been publicly misconstrued as ‘’F U USA’’, something Rosenstock himself took to Twitter to clarify).

Reflective of society at present, this defiance is balanced, if not outweighed, by an ongoing list of anxieties and self-deprecations. Framed in the wider political landscape, the majority of Rosenstock’s insecurities are local, and he often blames no one but himself. Whether it be his lack of a meaningful voice despite being perfectly capable of rambling on about guitar tones and ELO arrangements on ‘’Yr Throat’’, or the total reliance on another human being central to the frantic ‘’Powerlessness’’, Rosenstock is a continual source of wit and insight throughout, successfully presenting his day-to-day against the unnerving political backdrop.

Rosenstock’s punk authenticity is however most clearly expressed in the banding together that sits at the heart of the record. Never devoid of a healthy crowd (the likes of PUP and Chris Farren make appearances, as well as Laura Stevenson voicing the opener, ‘’Mornin’!’’), Rosenstock’s defiance and continual rallying is his defining trait. The morning refrain ‘’we’re tired, we’re cold’’ on ‘’USA’’ eventually turns into a collective chant, whereas the five-minutes of sustained keys on ‘’Let Them Win’’ closes the record with an understated though mocking final stance.

Delivered with a passion that feels like it could at any time escalate to a frenzy, Rosenstock laments the USA’s current situation in true punk style with his heart on his sleeve. And when he’s in this kind of mood, you’d be hard pushed not to tag along.