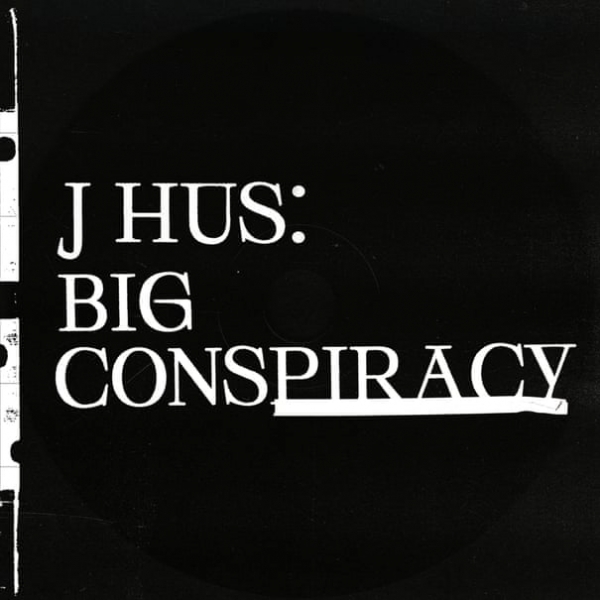 When Dizzee Rascal released Boy In Da Corner back in 2003, he simultaneously gave the burgeoning ‘grime’ scene its first classic and kicked open the door for others to follow. 14 years later, J Hus’s debut album Common Sense achieved a similar feat. It managed to condense and define the diverse sounds of UK music, which was moving away from the mid-10s grime renaissance to a more melodic, afrobeats inspired sound. Like Dizzee, J Hus helped usher in a new generation, raising the bar and setting the pace. And since that album dropped, it’s safe to say that it has shaped the sonic landscape of today’s UK scene.

Big Conspiracy arrives after a tumultuous 18 months for J Hus, who has dealt with a fair few issues in-between album releases. He doesn’t specifically reference these problems, but his persona on the album plays up to his perception as the anti-hero - brash, violent but often humorous and undeniable likeable. His recent life experience seems also to have matured his worldview, as this album feels far more introspective and controlled than its predecessor. Whereas Common Sense felt celebratory but somewhat scattershot, on Big Conspiracy he seems more self-assured in his musical direction.

This is clear from the very beginning, as the title track showcases exactly how J Hus has become a phenomenon in UK music. The production from up-and-comer TSB is magnificent, utilising live instrumentation that lifts the entire track and allows Hus’s infectious hook to shine. The mysterious ‘iceè tgm’, rumoured to be J Hus’s sister, features on the two opening tracks and is perhaps the stand-out feature on the project. Her vocals intertwine with Hus’ to create a perfect counter-balance for his gravelly delivery, particularly on the hypnotic "Helicopter".

Other features on Big Conspiracy are used sparingly, with two incredible performances from Burna Boy and Koffee. The appearance from the former on "Play Play" provides one of the bigger ‘pop’ moments on the record, although the repeated gun/sex metaphor may prevent it being a primetime smash. Speaking of which, the sexual imagery on tracks like ‘Cucumber’ is just about on the right side of cringey, as you can almost visualise the tongue-in-cheek smirk of Hus as he delivers the line “I met that girl back in October, then I gave her the cucumber”.

The final third of the album takes a darker and more introspective turn, with the drill-inspired beat of lead single "No Denying" providing a menacing backdrop for Hus to vent on. The closing tracks are Hus at his most self-analytical, particularly on the final track "Deeper Than Rap". The beautiful piano-led instrumental becomes more and more cinematic as Hus gives us an intimate insight into his mindset.

Big Conspiracy is an album that certifies J Hus as one of the most influential artists in UK music. With the expansion and growth of UK music over the past decade, many people have attempted to define what exactly UK rap or ‘underground’ music is. The truth is that it’s completely undefinable – it’s grime, afrobeat, soul, drill, dancehall, hip-hop, R&B, garage, jungle – it’s all of them, and none of them. J Hus embodies this melting pot of sounds, and with Big Conspiracy he delivers an album that once again blazes a trail for everyone else to follow.