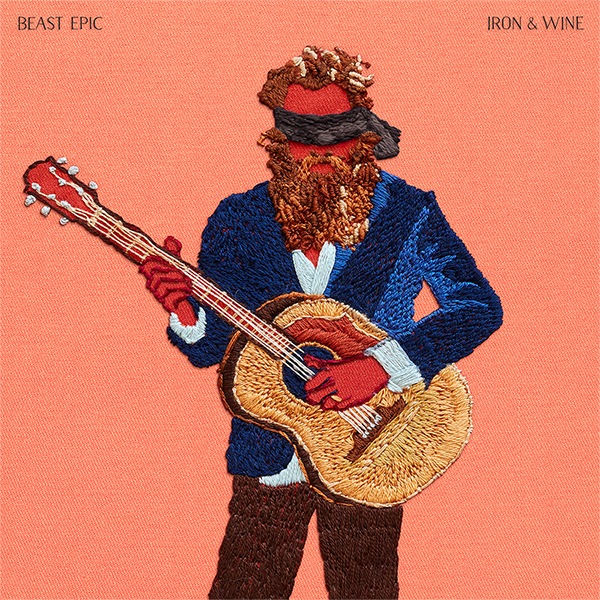 Apparently “Beast Epic” refers to a story where animals talk and act like humans. On first encounters, Sam Beam’s sixth full-length album under the Iron & Wine banner (which marks a return to both the iconic Seattle indie label Sub Pop that released Beam’s first works and the hushed, delicate environs that populated albums such as 2004’s indie-folk landmark Our Endless Numbered Days) doesn’t seem quite, ahem, beastly enough.

Recorded mainly live at Wilco’s studio The Loft, Beast Epic is hardly a replica of the murky lo-fi mutterings of 2002’s debut The Creek Drank the Cradle. There are still rich details to be discovered, but the album’s sparse sound and predominantly leisurely pace may seem almost confrontationally introverted after the dense web of choirs and brass and vibrant – if occasionally almost overbearing - pop/rock stylings that populated much of 2011’s Kiss Each Other Clean and 2013’s Ghost on Ghost. To begin with, Beast Epic may well sound too tame and house-trained to sustain interest.

Keep at it, however, and the album is soon likely to cast a subtle spell. Not all of it works – the giddy arrangement of “About a Bruise” jars with the half-whispered beauty that surrounds it. But tracks such as “Summer Cloud” – so slow it’s virtually standing still, but hypnotic with it – prove that Beam’s back to his best as a songwriter. ‘’You raised your glass and the scars fell from my heart’’, Beam sighs. Given the attention it deserves, Beast Epic is likely to have the same effect on the listener.