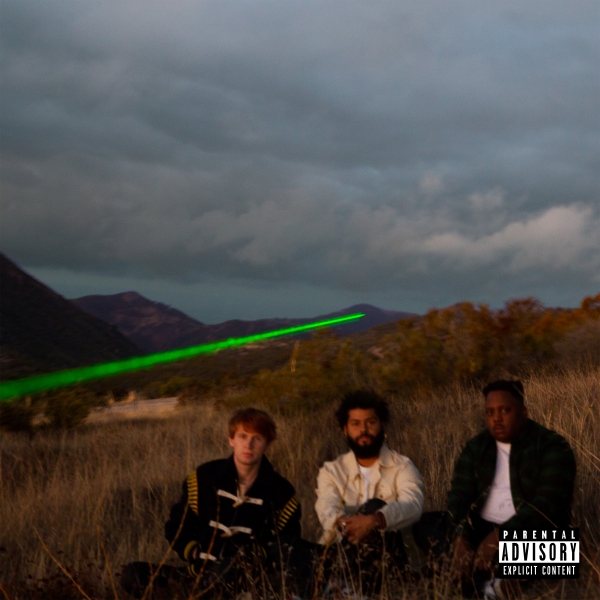 “Love to fans that say we don’t get enough shine / I mean, well, shit… they isn’t lying.”

A few lurching bars into “Koruna & Lime” – the opening track on Injury Reserve's debut album – and emcee Stepa J Groggs spits this line about the Arizona-hailing three piece. Every upstart with 16 in their back pocket might think their band doesn't get their dues, but for Injury Reserve, it's a fair claim: UK fans are still able to catch them at a string of >700 capacity venues, which seems almost bizarre when considering the all-fire contents of their back catalogue, and the booming commercial success of some of their counterparts.

Here's hoping the release of the trio's self-titled debut album changes all that. Recent singles might suggest the LP to be very go-hard-or-go-home, but day ones will know the boys are all too capable of thrilling diversity. Indeed, Injury Reserve cycles through different forms – the bone-crushing and bass heavy, the feather-light and confessional – totalling every single one.

The album has a sort of breakwater in the jarringly adorable, salsa-sampling "Gravy and Biscuits": before that, it's an ecstatic racket. “Koruna & Lime” opens with the lads hooting and hollering over sea-sick brass samples and frantic scratches, Ritchie with a T's ominous promise that he'll “maybe see you in [his] next life” ringing out over the closing bars. When track two, “GTFU” (feat. JPEGMAFIA and Cakes Da Killa), crashes in with yells of the track's titular instruction, you can practically feel the spit on your face. Elsewhere, the snarky "Jawbreaker" – featuring a very welcome appearance from Rico Nasty – is a savage takedown of Instagram's fashion pack, and should you ever fancy starting a circle pit to a song about electric cars, "Jailbreak the Tesla" has you covered.

Digging further into their debut, though, sees the trio let their guard down. Over the mewling synths of "What a Year It's Been", Stepa opens up about contending with alcoholism and depression; "New Hawaii" is a relatively hushed and incredibly sincere love song; and on “Three Man Weave”, the team celebrate their brotherly love over a chorus of triumphant saxophones. Too many emcees still struggle to revel in this kind of honesty: for Injury Reserve, that switch of gears is what gives them their edge.

All this, and we haven't really started on the production: crunchy, SFX-heavy, with beats constructed from screeching car wheels, detuned mallets and distorted growls and yells. Melody is often carried by the tiniest components: a few bare piano notes and layered backing vox (“Wax On”), something that sounds like a thumb piano on "Jailbreak the Tesla". The approach keeps rhythm and rap front and centre, and ensures that when the big melodic guns are rolled out - like the tender string quartet that closes "New Hawaii" or the happy-go-lucky soul licks of “Three Man Weave” - they penetrate twice as hard.

We're not even halfway through 2019 yet, but I can't imagine there will be too many rap albums this year that better Injury Reserve's debut. This is a band who can achieve the same volatility and straight-up ingenuity of BROCKHAMPTON, on less than a quarter of the manpower. Let's cross all our appendages that this is the year they claim a rightful seat in rap's upper echelons.