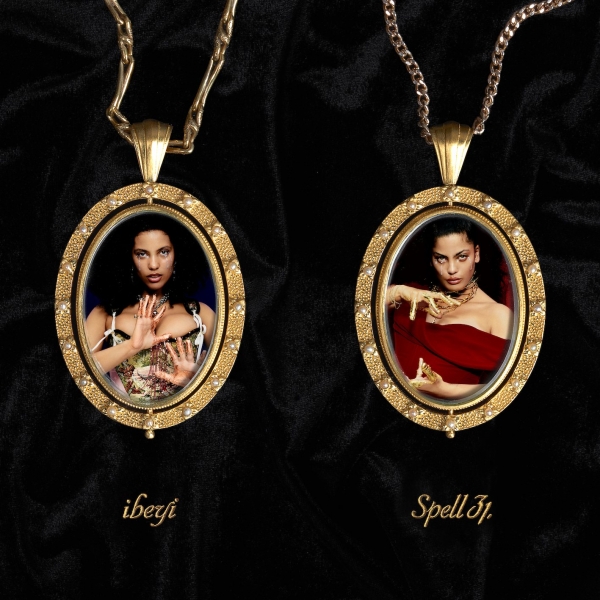 There’s such a timeless quality about the Ibeyi’s’ music that it can be easy to forget that its creators aren’t yet thirty. The Diaz sisters’ approach is undeniably modern, built around the clean notes of R&B and hip-hop, but these are two sisters singing in harmony about mythology and ancestry, and in a time of dejection or just straight nihilism, their music arrives each time like a cleansing wind.

Opening with the ringing of a bell and some softly hummed syncopation, on an album with a title taken from the Egyptian Book of the Dead, this is undoubtedly, and exclusively, Ibeyi.

The distinctiveness of Lisa-Kaindé and Naomi Díaz, the twins who make up Ibeyi, never really went unnoticed. After releasing their debut album at the age of twenty in 2015, they quickly shot to international renown; appearing in Beyoncé’s Lemonade, quickly signing to XL Recordings and working closely with it’s label-head Richard Russell. Their second album, Ash, opened up their sound and the scope of their collaborations; featuring saxophonist Kamasi Washington, pianist Chilly Gonzalez and sampling Michelle Obama.

An international intent is at the heart of Ibeyi’s ethos then, but this is unsurprising given the breadth of their heritage. Born in Paris, they’re French but Afro-Cuban too; the daughters of the Cuban percussionist Angá Diaz, (of Buena Vista Social Club) and the photographer Maya Dagnino. They sing in French, Yoruba and English interchangeably, and their sound incorporates the traditional instruments of their youth, like cajóns and Batá drums, the jazz of their father, and the occasional bombast of XL's chart-commanding pop.

It turns out that their literally globe-trotting approach to their craft wasn’t ideal during the last two years. Lisa-Kaindé was in London and her sister in France, meaning that Naomi had to isolate for ten days every time she visited the UK for a session. Perhaps these difficulties are the reason for the five year break between this album and the last, and for the scant length of Spell 31, which runs fifteen minutes shorter than their first two records and doesn’t even reach the half an hour mark.

This brevity means that it doesn’t have the same sweeping scope of Ibeyi and Ash, but each of their songs still contain enough depth of cultural heritage to fill several essays. Persisting too are those harmonies: one of the most distinctive sounds in music today, muscular and powerful when necessary, graceful and hushed otherwise. Perhaps Ibeyi’s albums will always feel too short when they’re offering a sound I could listen to all day.

As always, a new Ibeyi album feels like therapy for the world; these are topical songs of growth and affirmation; of defiance and grief. There’s a distinctly British tone to the features on the album too: all three guest artists hailing from the UK. Coventry’s Pa Salieu is a gorgeous addition to "Made of Gold", an incantational ode to familial forefathers which sees him signing in a rich and throaty tone you’d have no idea was in his repertoire.

"Lavender and Roses" deploys Jorja Smith miraculously, using her voices as a third partner alongside Lisa-Kaindé and Naomi. "Sister 2 Sister" is the stand-out though; with a defiant chorus where they chant their own band’s name, it’s a celebration of their bond as siblings, both "cleansing their souls in the river" and dancing in the mirror to Shakira. The song captures in one breath both the momentousness and goofiness of family and, with a firm grasp on the present and a great deference for the future, it’s one only these sisters could make.