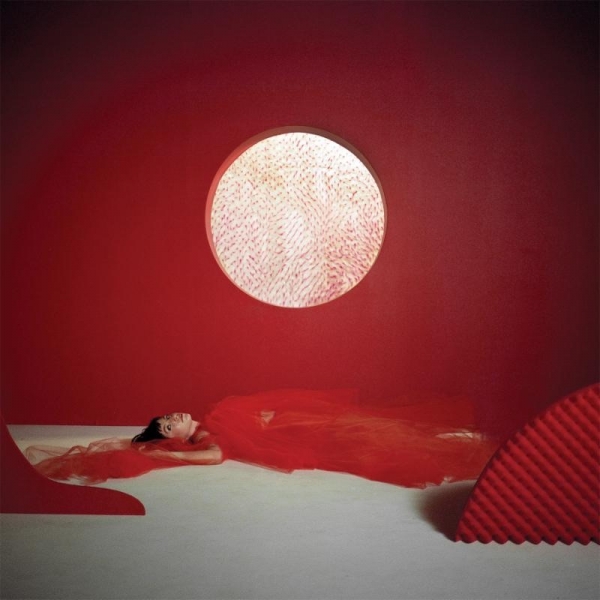 Through her curiously monikered indie rock project, Jilian Medford continues to journal the tensions that build between the single individual and the others that surround them.

The title of IAN SWEET’s new album can lean different ways depending on how one reads it. A “crush crusher” could be someone who is adept at falling head over heels (i.e. “crushing it!”) or someone who is prone to stamping out the first sparks of love upon sight. “I forgot myself in you, you, you” repeats the chorus of lead track “Hiding,” and it seems that friction between both modes might be a catalyst here. Crush Crusher’s ten songs are filled with Medford’s impressions of and experiences with the moments when one person’s needs rub up against the demands of those they care about.

Medford recorded the album at Brooklyn’s Rare Book Room studios with producer and engineer Gabe Wax. Wax has worked on records from bands like Fleet Foxes, The War On Drugs and Deerhunter, the latter of whom have recorded a number of times at Rare Book Room and also count Medford among their admirers. It is not hard to hear traces of the on-edge indie energy of Deerhunter’s Microcastle in the crooked corners of Crush Crusher, as if Medford’s guitar shards scraped the film off the walls left behind by Bradford Cox & Co. Bassist Simon Hanes and drummer Max Almario ably anchor Medford’s angled and autumnal melodies, tethering her expressive open chords and propelling the outbursts.

Clearer in vision and production than debut Shapeshifter, Crush Crusher is especially potent in the trios that start and end the album. “Hiding”, “Spit”, and “Holographic Jesus” (taking its name from Medford’s fondness for odd religious posters and knick knacks) pull you in firmly, while the barbed vulnerability of “Borrowed Body”, “Ugly/Bored” and “Your Arms Are Water” bring the narrative full circle.