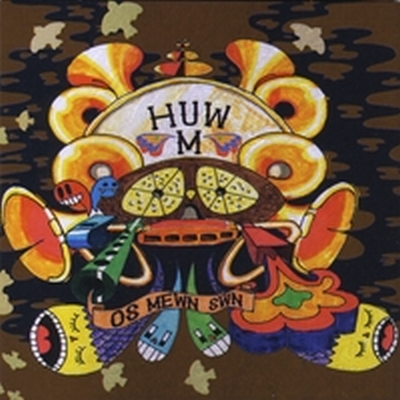 Huw M has been knocking around the folk scene since he released his first single back in 2008: a joint venture with the Welsh musician Llwyd that was picked up not only by BBC6’s Stuart Maconie but The Line of Best Fit’s very own Richard Hughes.

Huw’s debut album, Os Mewn Swn (translated as If in Noise), is a heart rendering collection of original material and traditional Welsh folk songs performed in his native tongue. Album highlight ‘Y dror sy’n dal y sanau’ (‘The drawer that holds the socks’) opens with the gritty strums of an accordion reminiscent of Parisian café culture in the 1920s. It’s not before long soft sweeping violin strings and faint ukulele twangs interject, channelling the influence of acoustic legends such as Sufjan Stevens and the ‘Welsh Dylan’ Meic Stevens. Whilst the dual vocals of songs such as ‘Seddi gwag’, as Huw is joined by Bethan Reynolds harmonising voice and stomping background clog dancing, add a more modern pop twist to the simple formula of this stunning album.

Not being fluent in the Welsh language, much to the disappointment of my grandfather I am sure, the specific lyrical content of this album passes me by: but just like Sigur Ros’s output, the message of each song is elegantly spoken through instrument and voice as Huw expresses hope, loss, regret and love.

Steeped in traditional Welsh folk, Os Mewn Swn is an album brought to life by the modern experiences of its creator who, in his own words, takes inspiration from everyday occurrences as well as “deep and often meaningless thoughts.” The beautifully delicate combination of Huw’s soft vocals, gently strummed acoustic guitars, shimmering keys and glistening string sections make this album something really rather special.