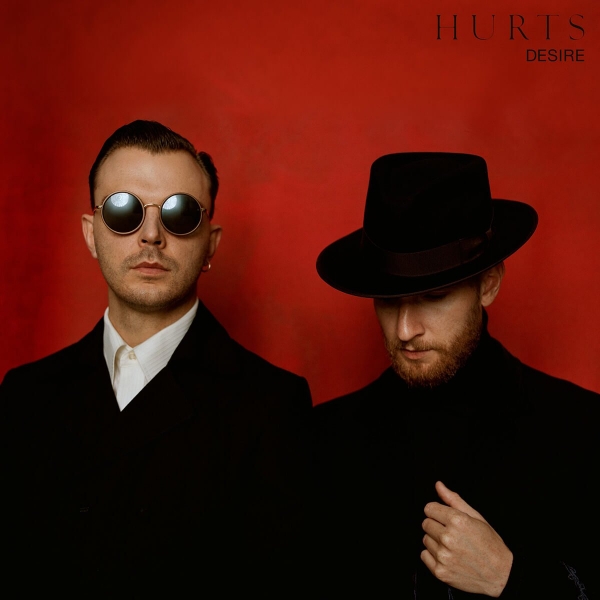 Desire sees Hurts try on some new tricks for size and completely own it in the process.

The album opens on an anthemic note with standout single “Beautiful Ones”; speaking directly to anyone who has ever identified as an outsider, the startlingly uplifting tune instantly conveys a positive tone that threads throughout the remainder of the album. The catchy and contemporary “Ready to Go” follows in the same vein with the kind of sun-kissed, easy on the ears sound that will see them soar.

“People Like Us” provides a pulsating, pounding rhythm that never lets up whilst smart and ear-catching lyrics take centre stage. The duo sound remarkably similar to Californian sisters Haim on “Thinking Of You” with glossy beats and deceptively soft and simple vocals.

Elsewhere, “Boyfriend” is a funk-tinged cut that will burrow deep into your brain and remind you of The 1975 in places too. Hurts’ signature use of emotional leverage is evident on “Something I Need to Know”, a track that scratches beyond the surface and that you won’t be able to stop yourself being bowled over by. The finest chorus of the record comes in the form of: “Tell me before I go / Is there something I need to know / I’m not gonna lie / I knew all along / This is your chance to just prove me wrong / To tell me before I go / If there’s something I need to know.”

“Wherever You Go” is another euphoric slice from the album that refuses to let the energy drop for a second, whilst the closing honours are given rightfully so to “Magnificent”. Fuelled by an overwhelming sense of vulnerability, the final piece of Hurts’ striking album is lush and completely worth the wait; it’s a real doozie and completes Desire in the most glorious way possible.

With their third album, Surrender, the duo began to edge closer to a more upbeat and radio-friendly sound. Desire is the sound of a group who have thoroughly found themselves and sees them standing supremely confident, whilst retaining elements of older material including “Wonderful Life” and “Miracle”. Seemingly, 2017 is the year of the upbeat indie dance record, and it belongs to Hurts.