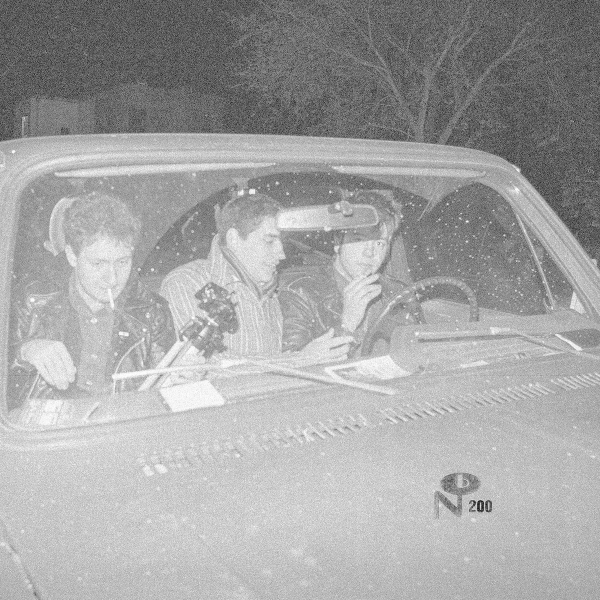 Friends Grant Hart, Bob Mould and Greg Norton were three Minneapolis teenagers with an interest in punk rock and nothing much to lose.

They formed Hüsker Dü in 1979. And by the time the band broke up in the winter of 1987 they had succeeded in redefining the trajectory of indie rock in America – without ever truly breaking into the mainstream. Their seminal early years are collected here in typically meticulously loving fashion by Chicago’s Numero Group, marking its 200th release. And the collection should be as appealing to hardcore fans as it is for adventurous newcomers.

The four LPs (or three CDs) represent a treasure trove of skillfully remastered recordings from original board tapes, rehearsals, demos and session masters as the band frequented dive bars and recorded in commercial spaces after hours. Chronicling the indefatigable band between 1979-1983, it is a fascinating insight into the band tirelessly rocking out night after night, displaying a ruthless approach to their foreboding yet melodic punk.

Hüsker Dü was all about attitude. Determined to cram 70 minutes of music into every 45-minute set the band were a kinetic ball of energy – often fueled by cheap trucker speed, alcohol and methamphetamines. Look no further than the killer opening track “Drug Party” played to a handful of onlookers for an insight into the band who once played 24 sets during a six-night stand in an infamous Calgary dive bar. “We just got up there and played real fast and loud,” said Norton.

Never short on ideas, the twin axis of songwriting from Mould and Hart wrote songs for fun. They had already toured extensively by the time they signed for California label SST in 1983 – the first band not from the West Coast to do so. They joined the Descendents, The Meat Puppets, Black Flag and The Minutemen on the roster as they continued to refine their formidable hardcore punk sound. The melodies may have got stronger over the years, but their love of distortion never diminished.

This set shows that even from the beginning the group could conjure some superb slices of rock thanks to their impressive hooks. Their early (and previously unreleased) sessions at the offices of Northern Light Records see the tune “All I’ve Got to Lose is You” yield a clue about their obvious talent with the wild and jangly lines showing off their songwriting chops. A few years later and the 35-second “Bricklayer” illustrates the flipside of the band’s style – all ragged speed and power – while cramming more ideas into the half-minute track than most bands do in three minutes.

Fans take note: 47 of the 69 songs compiled here are previously unissued, while it also includes an alternate recording of their first album, Land Speed Record – an experience that was accurately described by Mould when he said: “We covered a lot of land. We took a lot of speed. And we made a record.”

It also includes tonnes of reproduced old flyers, loads of unseen pictures of the band, as well as an exhaustive (and frequently hilarious) 12,000-word essay from Erin Osmon and a sessionography by Paul Hilcoff. It also features the entirety of the Everything Falls Apart sessions from 1982 – including the band’s unlikely cover of Donovan’s “Sunshine Superman” played at a blistering pace.

“It was like rolling down a hill aware of the bumps but focusing on blowing people’s minds and completely wearing them out,” recalled Hart (who died in September, aged 56). And anyone who showed up to see them play at The Entry club in Minneapolis on 5 September 1981 and heard the proto-Nirvana riffs deployed in the 56 seconds of “Guns at My School” would be hard pressed to disagree.

Extensive, charming and compelling – Savage Young Dü is one of the best archival compilations of the year.