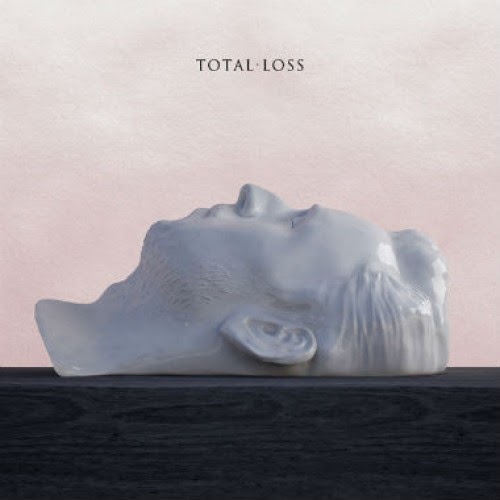 “The only bad part about flying is having to come back down to the fucking world”, says an all-too-wise and wounded kid at the start of How To Dress Well’s ‘Say My Name Or Say Whatever’. And indeed, that statement proves to be true of the entirety of Total Loss as well, as the only bad part about listening to Tom Krell’s beguiling, ethereal second album is being harshly snapped out of that dreamlike enchantment by the noisy, inevitable trappings of the modern day.

After Krell retreated from the music scene which embraced him so warmly following the release of the Brooklynite’s striking 2010 debut, Love Remains, he re-emerged following the painful losses of a best friend and a family member with a collection of songs that would not only soothe his broken spirit but also lead him, as well as his listeners, to a more positive emotional place. And while there are plenty of crestfallen, melancholy moments threaded throughout this stirring new collection, there is a vibrant sense of hope that also pulses within these tracks which ultimately lifts them up and allows these soulful, ultra-modern R’n’B numbers to soar and take flight.

The album launches with the sound of distant thunder and rainfall, setting a sombre but vivid atmosphere straight from the start. Krell’s wistful vocals eventually lead ‘When I Was In Trouble’ gently forward, with that ever-present storm always lingering within the shadowy, subtle strains of the song itself. ‘Cold Nites’ features an evocative keyboard melody at the start before the smooth, laid back groove of the track kicks in. The beat is towering and crashes over you like a wave as Krell’s falsetto rises above the numb isolation suggested by the title.

The aforementioned ‘Say My Name’ actually features a dramatic sonic splash into the sea immediately following the kid’s declaration, symbolising Krell’s tragic fall and the depressive result of losing people close to him. The track itself is reminiscent of the raw, emotive power of James Blake, combined with a similar use of a hypnotically sparse electronic melody. ‘Running Back’ and ‘& It Was You’ both have elements of what Michael Jackson could have sounded like had he spent his last years in a recording studio instead of in isolation.

There is a clear melodic (intentional?) hint of Barry Manilow’s ‘Can’t Smile Without You‘ layered into the haunting start of ‘World I Need You, Won’t Be Without You (Proem)’, before Krell makes the sombre number truly his own with an elegiac string arrangement that is utterly gorgeous, and heartbreaking enough to bring you to your knees. It anchors the middle of the album, and serves as a seamless transition to side two, which starts with the haunting elegance of ‘Struggle’, which simmers at the start before giving way to a rattling, dubstep rhythm that envelops the listener whole.

‘How Many?’ alludes to the questions that plague the brokenhearted late at night, and rightly Krell doesn’t come up with any easy answers, just more doubts and dark avenues that don’t lead to any healing sources of light. And while he is lingering in those woeful shadows, Krell comes up with his most anguished number on Total Loss, the fragile sincerity of ‘Talking To You’. It is a profound musical testament to those lost souls who have been taken from us too soon, and reprises the poignant strings of ‘World I Need You’ as the painful undertones of the album really start to rise to the forefront of the despondent second half.

‘Set It Right’ contains some electric assertiveness and hopeful urgency at the start, before the track breaks down in the middle half and Krell lists those loved ones he misses before the stirring song explodes in edgy, distorted emotion once again. ‘Ocean Floor For Everything’ closes the record out in a solemn but grand manner, and perhaps suggests the tranquility Krell found beneath the waves while he let himself sink ever deeper into the dark waters of despair. But he fought his way out from that bleak locale and poured himself into these stunning new songs to save himself, in a way. And in doing so gave his fans something to hold tightly to if they ever have to struggle like he did.