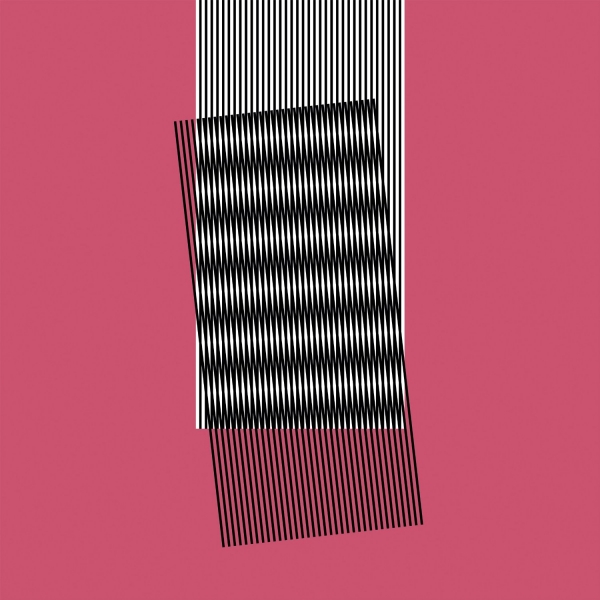 “Let Me Be Him”, the penultimate track of 2012’s Hot Chip LP In Our Heads concludes with the couplet: “All this sense in me/Is going to be the death of me”. It was a bold and surprising statement to find on a record that, refreshingly, had such concrete assurances in regards to the fulfilment one finds in relationships and, in particular, love. Interestingly, it also mirrors a sentiment found on Why Make Sense?’s title track and album-closer, where Alexis Taylor sings: “Why make sense when the world around refuses?”, thus both rendering “sense” to pessimism and futility. And it is the inner conflict found within these lyrics, past and present, that underpin the band’s excellent, sixth studio album.

Whilst its title follows the aforementioned futility in the act of making sense, it could also be interpreted as a statement of unease towards modern existence. In a world where love and hate are so frantically thrust into one’s perspective, especially now with our tendencies towards the hyperactive consumption of information, is there really any point of making sense of it all? And if we were to begin to try and make sense of it all, what would be the outcome? Death potentially, anxiety most probably. And on Why Make Sense? Hot Chip cast their eye upon the non-sensical mysteries and emotional fluctuations found within modern living, with ten tracks that document the conflicting and contrasting emotions of human life, with tales of love (“Love Is the Future, “Cry For You”); fear and longing (“Need You Now”); and joyous nights out (“Huarache Lights”). Whilst happiness, love, fear and confusion are, of course, all well trodden ground in art, it is the narrative voice found on Why Make Sense? that heightens the record to something of a career highlight for the London five-piece.

As songwriters, Joe Goddard and Alexis Taylor elevate and at times anthropormophise the mundane, allowing them to convey human emotion and experience in a way that is relatable and distinctly tangible for the listener. Album-opener “Huarache Lights” with its bass stabs and warped synthesisers, metamorphoses the Nike Trainer into a symbol of ritual and comfort for Alexis Taylor on nights out clubbing/DJ-ing - “When I see the beams of those Huarache Lights, I know every single thing will be just right”. Although personal to Taylor, its use as a narrative device is instantly transportive, triggering hippocampal neurones to fire, thus allowing the listener to recall the ritualism and anticipatory excitement of their own nights out. There is also a meditation on age in “Huarache Lights” (“Replace us with the things/that do the job better” and “Am I so truthful, or in truth, is the youth just getting old?”), demonstrating hidden thematic elements within the jam-like album opener. Furthermore, the vocoder- harmonising ballad, “White Wine and Fried Chicken”, emphasises those singular, almost trivial moments of a blossoming romance, which one holds dear when falling in (or out) of love. It is this examination of the minutiae of human existence that separates Hot Chip from other bands and allows them to tackle grander, overarching themes with an enviable lightness.

Relationships have always been a key theme for Hot Chip. Why Make Sense? again finds happiness within them, however there are also added elements of confusion and melancholy to be found. “Love is the Future” features the gorgeous, “When I am with you/We’re only losing time/Drinking the hours”, which revels in time spent with a lover and almost begrudgingly submits to time’s passage. New love’s euphoria is realised on “White Wine and Fried Chicken” as Taylor talks of the uncontrollable urge for his heart to “sing all the day”, and furthermore, love’s overwhelming control on thought processes is found on “Started Right” - “You make my heart feel like/Like it’s my brain” . Yet converse emotions of love’s spectrum are found on the likes of “Cry For You”, where Taylor sings of loss and leaves statements vague and un-ended, hinting at the doubt and confusion that creeps into relationships, be it at their beginning, middle or end.

The influence of fear and confusion on relationships is also strikingly examined on “Need You Now”. Melancholic and inspired by the threat of terrorism, it highlights explicitly the very human need for intimacy within a world where our lack of safety is so brutally laid-bare. Symbolising our desperate calls for connection and reassurance in times of overwhelming panic and confusion, “Need You Now”’s Sinnamon sample emerges as a powerfully disarming weapon of the hope brought about by human connection in a world, which as Taylor puts it, “don’t see right from wrong”. The sample itself is also a glowing example of how sampling can add reflection and poignance, especially in an age where sampling is slowly being reduced to a game of one-upmanship between producers to find the most obscure.

Augmented by touring members Sarah Jones (Drums) and Rob Smoughton (Multi-Instrumentalist), Why Makes Sense? sees a shift in the development and production of a Hot Chip record. While there are brushstrokes akin to the Hot Chip of old - for example the “correction/connection” samples of “Love Is The Future” - one gets the sense that this is a different canvas on which Hot Chip are painting on. The result, are tracks, which are more dynamic, capturing the band’s live energy but also complementary to the very human subject matter of Why Make Sense? It’s live instrumentation seems apt for a record, which professes the overly “remote” nature of undressing a lover with one’s eyes (“Easy To Get”). Furthermore, the visceral noise of “Why Make Sense?” with its reverb-drenched drums, fires Hot Chip into the stratosphere with soaring arpeggios and synth textures.

Although extremely playful in nature, there is a degree of patience needed when listening to Why Make Sense? And while a cliché, it is an album that rewards generously after several listens. Unlike previous Hot Chip records there is arguably no definitive “single”, but a coherent collection of ten songs that burst at the seams with ideas and hooks, and provides some of Hot Chip’s most gorgeous pop songs to date. “Started Right”, for example, opens with a funky clavinet melody, as Taylor and Goddard precede a groove-laden chorus with some vocal sparring. The arrangements of “Love Is The Future” cheerfully mimic the lyrics, “roll off the high-end” before meandering between staccato beats and talk-box vocals, and then  later unfurling with heady vocal harmonies and disco strings. And although Taylor’s vocal work is outstanding throughout the record, there are also numerous moments of rousing vocal harmonies to be found on Why Make Sense? For example, the amusingly sensual and supplicatory “Easy to Get” intertwines the group’s spirited command of “no fear” amongst rolling arpeggios to create one of the most memorable moments on the record. “Dark Night” similarly features a hopeful chant-like verse that counterbalances Al Doyle’s roaring guitar.

There are however odd sonic decisions to be found. Before unfurling into all its glory, “Love Is The Future” features a rap from De La Soul’s Posdnuos, which is reminiscent of the lesser-welcome hip-hop features of 90s pop music. Furthermore, although “Cry For You” features an array of synth touches with bass whomps and twinkling leads, it loses steam post the two-minute mark as it finds itself repeating its sonic palette without ever later fully developing .

Crucially Hot Chip never answer the question posed by the title, and present a wonderful and paradoxical pop collage of modern life instead. “Why Make Sense?”, for example, juxtaposes wide-eyed wonder of the beauty and mystery found in “the cursing of our kind”, against disorientation and the “clouding of our minds”. Over its 45-minute running time that crucial question resonates throughout, leaving us as an audience to question the necessity for oneself to make sense to or make sense of a world that not only refuses to make sense but also sporadically unravels mystery and beauty. It is a duality, which lingers long after the album ceases. This complex challenge in the end however, thrusts Hot Chip into the limelight as arguably the finest British pop group we have had for quite sometime.