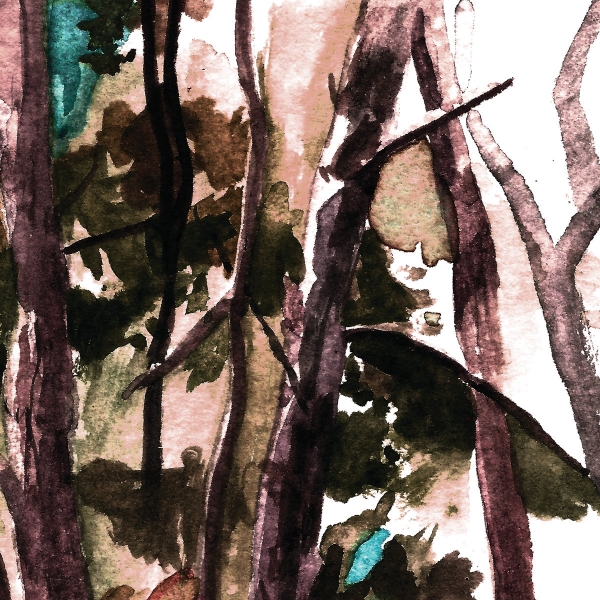 With 2015’s Painted Shut, Philladelphia’s Hop Along somewhat fittingly made the jump from irresistibly scrappy indie-pop project to a fully realised band. On their third album, Bark Your Head Off, Dog, they take it a step further; the simple yet effective sonic tapestry of previous records evolving in to a rich and delicately nuanced record thanks to the addition of strings, rhythmic intricacies and a stronger emphasis on vocal harmonies.

As such, Bark Your Head Off, Dog, is Hop Along’s most accomplished album to date. The agonies and anxieties on which previous records were hinged has been replaced with a less-than-quiet confidence, stemming from founding member Francis Quinlan’s thoughts on power “both in terms of finding it in yourself and in terms of those brandishing it”.

“So strange to be shaped by such strange men” is a lyric that recurs several times across the record, and manages to encapsulate Quinlan’s newfound confidence perfectly. “I’m at a point in my life where I’m saying instead [of deferring to men], ‘Well, what can I do?’” says Quinlan. It’s a simple notion, yet ultimately one that’s been hugely liberating to both her and Hop Along as a band.

Whether Quinlan would say that in those realisations, she’s also found herself isn’t for us to say. But ideas of finding oneself are also prevalent on Bark Your Head Off, Dog particularly on opening track "How Simple" and continuing in to the likes of "How You Got Your Limp" and "Not Abel", tracks which themselves deal with ideas of disappointment in people you thought you could rely on; itself a product of finding yourself.

An album both more mature and more realised than anything Hop Along have realised previously, Bark Your Head Off, Dog is a deft balance of quiet, folky meanderings and rousing slabs of indie rock, the two combining in to an amalgam that on paper, shouldn’t really work, but in practice cements Hop Along as far more than another quirky indie pop band, and elevates them in to another realm entirely.